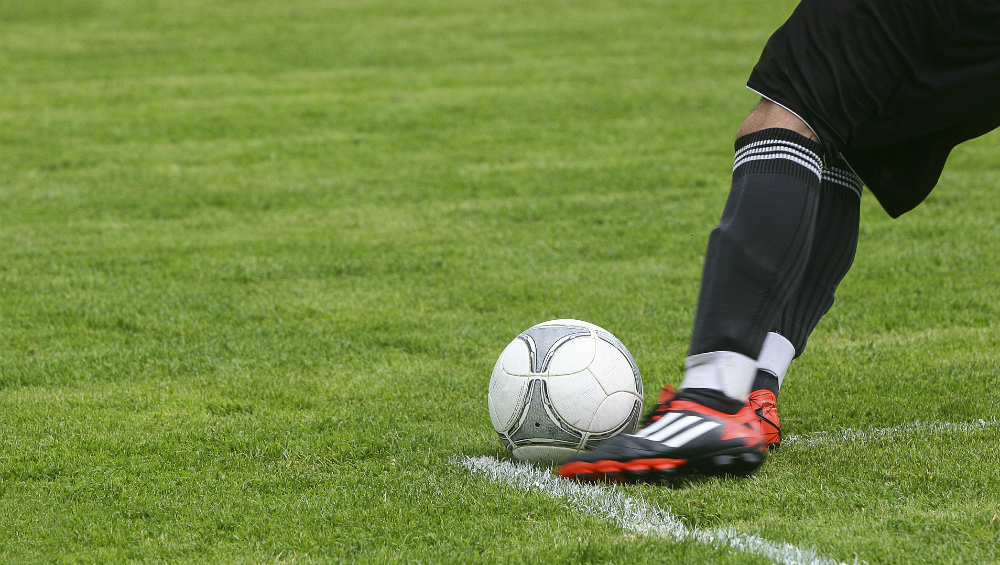 Doha, December 16: World Cup 2022 host Qatar has given the clearest indication yet that LGBT fans will be welcome, engaging with gay supporters as it hosts the Club World Cup -- despite criminalising homosexuality.

Paul Amann, founder of Liverpool's LGBT supporters' club Kop Outs, then undertook a fact-finding mission to Doha along with his husband in November at the invitation of the World Cup organisers.

"I'm very satisfied that their approach is to provide an 'everyone is welcome' ethos that does include respect, albeit through privacy," he told AFP. "I'm not sure if rainbow flags generally will ever be accepted 'in-country', but maybe in stadia."

Amman said he felt "paranoia is not needed as people will not pry into your personal business". 2022 FIFA World Cup Dates Confirmed: Full Schedule and Time Table of 2022 Qatar Football WC to Be Announced Later.

"There was clearly some apprehension, indeed my husband said on the eve of flying that he wished he had not agreed to go," the 50-year-old council worker wrote in a report for Kop Outs that he shared with AFP.

The Kop Outs boast 150 full members and thousands of followers on social media. It is unclear how many LGBT fans from Liverpool and the other six teams participating in the Club Cup will make the journey to the Gulf for the tournament.

Club chief executive Peter Moore said in November that Liverpool had "received a number of assurances" on the issue from Qatari authorities.

There are no openly gay or bisexual players in the English men's Premier League, but major clubs have implemented zero-tolerance policies for homophobia and embraced the "rainbow laces" campaign against discrimination.

Openly LGBT players are well represented in the English women's game however, with former Lionesses captain, the defender Casey Stoney, the best known.

The chief executive of the FIFA World Cup Qatar 2022 Nasser al-Khater said in September that "any fan, of any gender, (sexual) orientation, religion, race (should) rest assured that Qatar is one of the most safe countries in the world -- and they'll all be welcome here".

However he stressed that "public displays of affection are frowned upon, it's not part of our culture -- but that goes across the board to everybody".

Amann said that "if people basically observe the no PDA advice, then I can't see them being necessarily identifiable".

Though there are no openly gay venues in Doha, a handful of bars are known to be more gay-friendly and attract a loyal clientele of airline staff, hospitality workers and other expatriates.

"We are living in a society where gay people are not recognised yet. Being gay is haram to their religion," said a gay barman from the Philippines living in the conservative Muslim country who spoke on condition of anonymity.

"I think Qatar is not ready for it yet."

He shared a commonly held fear that police monitor gay apps and periodically deport homosexuals -- although there is limited evidence for this.

During a recent visit by the UN Working Group on Arbitrary Detention, three independent experts did however warn that at least one transgender person had been detained "until they changed their behaviour".

The experts, who are independent of the UN, also reported the detention of individuals because of crimes linked to their sexuality.

"No one should be detained because of who they love," said group member Elina Steinerte, a Latvian human rights expert.

A gay choreographer visiting Qatar from South Africa described the country as "challenging".

"The hardest thing is not being able to show any public displays of affection," said the man who also declined to be named.

"You don't quite realise how difficult it is to police yourself until you have to."

The LGBT-friendly venue opened despite queer activism being severely restricted in Russia under a 2013 "gay propaganda" law forbidding the promotion of "non-traditional sexual relationships" to minors.

Neither FIFA nor the Qatari Supreme Committee organisers have so far publicised any special measures for gay fans ahead of the World Cup.

Pavel Klymenko of FARE said "we do have in mind something similar (for 2022) but need to see what is possible".

"Qataris are good at engaging with people, assuring them all is fine -- like with the Liverpool LGBT group. But in reality the level of tolerance for these issues might be way lower than in Russia."