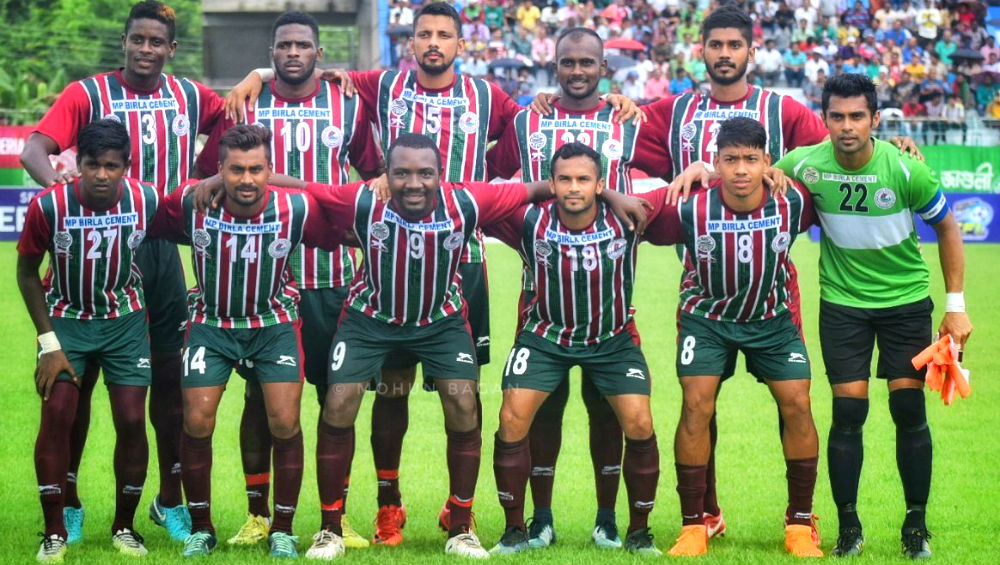 Kolkata, January 19: A day after ATK registered a victory over FC Goa, their newly merged partner Mohun Bagan made it a happy marriage with their 2-1 win over arch-rivals East Bengal in the I-League's first Kolkata derby this season at a packed Salt Lake Stadium on Sunday. Mohun Bagan's in-form Spanish midfielder Joseba Beitia gave the home team the lead in the 18th minute as the Mariners went into the break 1-0 up. Babacar Diawara doubled Mohun Bagan's tally in the 65th minute but Marc Jimenez pulled one back for East Bengal in the 71st minute to make it a nerve-wracking affair in the final few minutes with Mohun Bagan holding fort in the end.

The victory saw Mohun Bagan extend their lead at the top while East Bengal remained in sixth position. On Thursday, ATK acquired majority stake in Mohun Bagan and the green and maroon side will join hands with ATK to play in the ISL from next season. The RPSG Group, which owns and runs two-time ISL champions ATK, became an 80 per cent majority shareholder with Mohun Bagan owning the remaining 20 per cent shares. I-League 2019–20 Result: Mohun Bagan End Gokulam FC’s Winning Streak in the Football Tournament, Beat Them 2–1.

The merged club will come into existence from June 1, 2020 and will compete in the ISL 2020-21, along with other important competitions in the All India Football Federation (AIFF) calendar. Bolstered by the development, the green and maroon shirts started on the front foot with Beitia scoring his first derby goal. The move started with Fran Gonzalez's long ball from the backline finding Diawara in the opposition's box. Diawara passed it to Beitia who, in turn, sent a through ball for Naorem.

Naorem beat Kamalpreet before sending a cross back to Beitia who found the back of the net with a crisp header. Mohun Bagan doubled their advantage after the break, with Sengalese forward Diawara heading the ball into the net from Beitia's corner.

East Bengal upped the ante in search of a way back and it was Espada who reduced the margin. Edmund Lalrindika made a darting run down the middle and sent a through ball for the Spaniard who entered the box and scored past Sankar Roy.

East Bengal had a golden chance to make it 2-2 but Jaun Mera's shot from the edge of the box came off the crossbar. Five minutes were added on after regulation time but Mohun Bagan managed to hold on and extend their winning streak to six matches. East Bengal, meanwhile, have lost thrice in a row after this result. The win saw Mohun Bagan go six points clear at the top and open a nine-point gap with East Bengal.