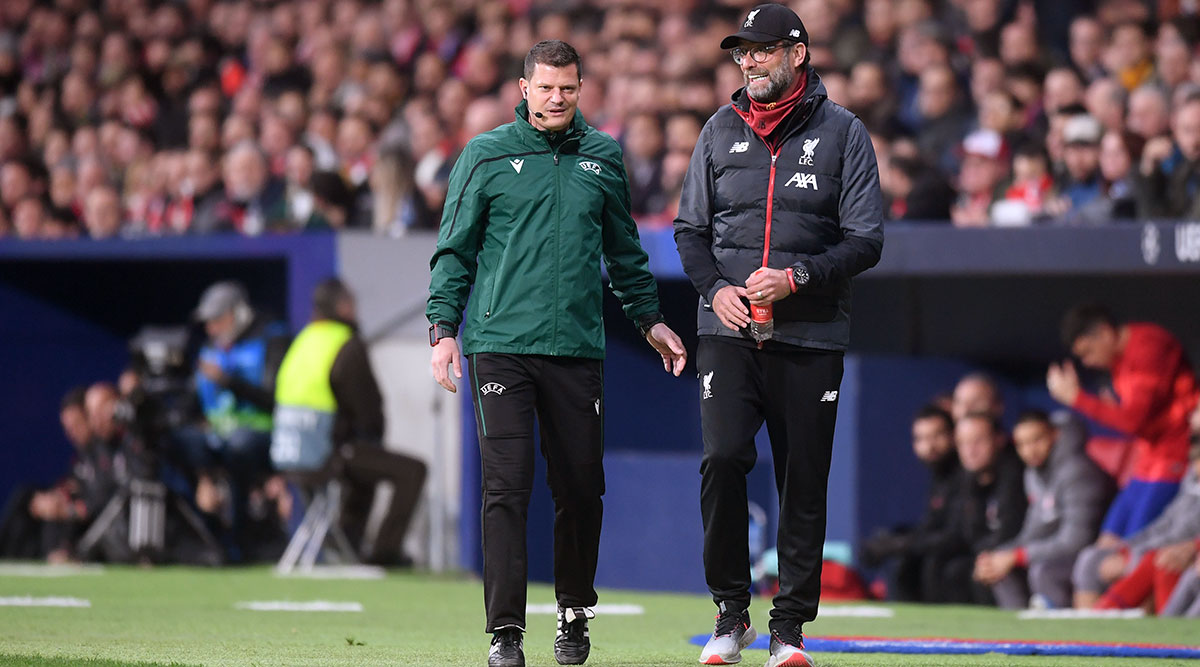 It was a frustrating night for Liverpool and Jurgen Klopp at the Wanda Metropolitano Stadium as they succumbed to a 1-0 defeat against Atletico Madrid in the first leg of the UEFA Champions League 2019-20 Round of 16 clash. The Reds manager was shown a yellow card in the second half of the match by referee Szymon Marciniak for his reaction after an advantage decision had been given in the favour of the home side. Liverpool struggled to create something meaningful in the entire game and lost for the first time in 2020. Atletico Madrid 1–0 Liverpool, UEFA Champions League 2019–20: Diego Simeone’s Men Hand Reds Their First Defeat of 2020.

Liverpool boss Jurgen Klopp was shown the yellow card for his touchline antics and the German said he probably deserved it but the official could not deal with the atmosphere of the game. Liverpool were kept in control for the entire game by the Spanish side as they found it difficult to break down a resolute Atletico Madrid side. Saul Niguez opened the scoring in the fourth minute and it was enough for a win. Diego Simeone’s Atletico Madrid Produce Defensive Masterclass Against Liverpool in Champions League, Netizens Praise Argentine Manager.

When asked in a post-match interview about his booking, Klopp said ‘I deserved it. I was just shouting in the direction, no bad words, I was not swearing, I was just unhappy with the overall performance and in that moment it finally came out and the ref didn’t like it too much. I can take that, I deserved the yellow card.’

This game was a typical Diego Simeone match and the clash in Merseyside is expected to be the same one when the two sides meet on March 11, 2020, for the second leg. Liverpool need to produce yet another comeback at Anfield if they want to retain their Champions League crown but it is going to be a tough task.