Manchester United Beats Liverpool to Become Most Popular Premier League Football Club on YouTube, But The Reds Had More Views

Arch rivals Liverpool is second in the race globally but is raking in numbers every day with growing influence in Africa and Brazil thanks top stars like Roberto Firmino and Mo Salah. 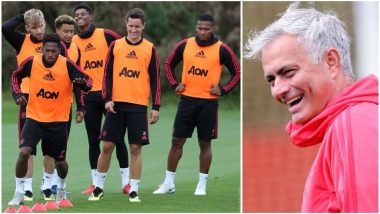 English giants Manchester United is one club that has millions of fans around the world even though the going has been tough in the last few years. In a recent a study it was found that the Old Trafford based club lead the Premier League charts regarding viewership on YouTube previous season as the most watched team in the world.

Particularly in North America and India, the club has total domination over its traditional rivals like Arsenal, Chelsea, Manchester City and Liverpool. Manchester United. In six months, Manchester United’s YouTube channel reached a million subscribers who are a testament to its grip over world football.

So what makes this club a favourite in the world of internet. Well, there are plenty of reasons behind the success of the club’s YouTube channel. First and foremost is the history of the club that is synonymous with success.

See What Google Has To Say About Manchester United's Popularity:

Manchester United dominated the #PremierLeague on YouTube last season, as the most-watched team in Spain, the US, and India, to name a few. Which teams will have you glued to your screens this season? (via YouTube Trends) pic.twitter.com/XMxRGvU6LC

The Red Devils as they are popularly called have won a record 20 Premier Leagues, 12 FA Cups, 5 League Cups, 3 European Cup, 1 Cup Winners Cup and a Europa League. From the days of Busby Babes to the legendary era of Sir Alex Ferguson, winning is part of the DNA of the club. Although it last won the Premier League five years ago, there seems to be no dip in the addition of fans in the Manchester United family.

The official channel of the club dishes out interviews, fans views and all the behind the scene drama that unfolds at the club. These things are essential nowadays since football, and mainly the Premier League is quite prevalent throughout the world.

Arch rivals Liverpool is second in the race globally but is raking in numbers every day with growing influence in Africa and Brazil thanks top stars like Roberto Firmino and Mo Salah. It is essential to keep in mind that it is the players that have a crucial role in getting the social media traffic going. Their conduct on and off the field is vital in marketing the club.

While the dominance of Manchester Unites is evident in both the telecast and social media race, the English Premier League globally has become a league very difficult to catch up by the likes of Spanish, German and Italian League regarding fan following.

(The above story first appeared on LatestLY on Aug 17, 2018 10:08 PM IST. For more news and updates on politics, world, sports, entertainment and lifestyle, log on to our website latestly.com).