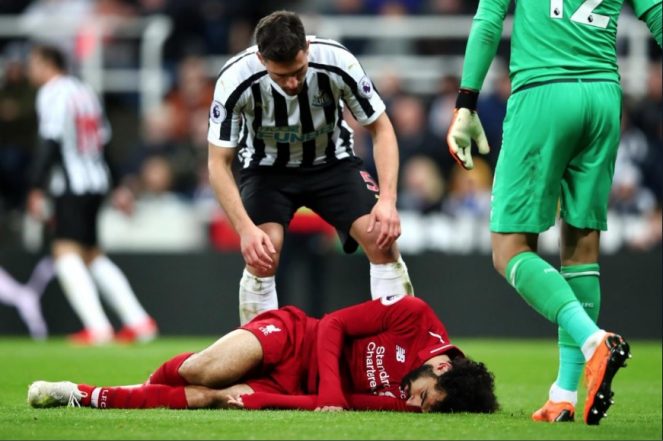 Injury continues to haunt Liverpool. The team was already missing out on the services of Roberto Fermino who was down with a groin injury. Now, ahead of their clash against Barcelona, they could miss out on the services of the Egyptian striker Mohamed Salah who was stretched from the ground after a head injury during the match. It was when the goalkeeper of New Castle caught Martin Dubravka made a contact with Salah’s head and Egyptian star feel on the ground.

Salah’s head made very hard contact with the ground and the players of New Castle immediately rushed to the football star to have a check on him. Initially, things it seemed as if Salah had suffered from a minor injury, but later the medical staff on the ground had to stretch him out from the ground. NEW 2 - LIV 3 | Newcastle United vs Liverpool - Live Football Score.

@MoSalah is really hurt. He hasn’t moved at all 😭

Get well soon #Salah I wish he can come back agains. #LFC #lfcthai pic.twitter.com/K5WAHPqBOH

Salah walks out after his head injury.