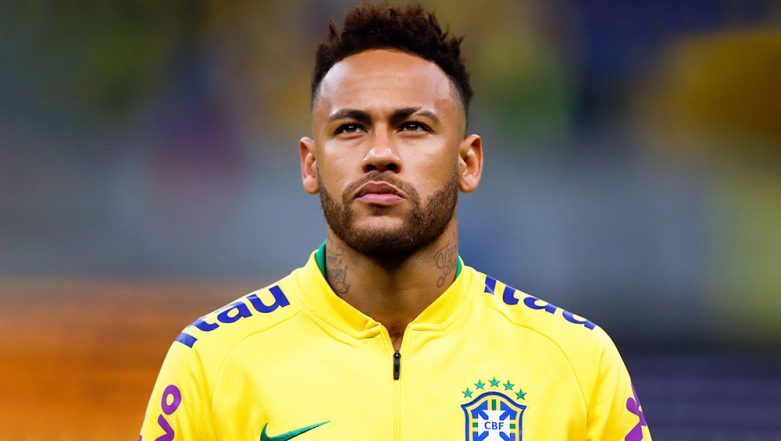 Sao Paulo, August 9: Brazilian prosecutors have decided to drop a rape charge against star footballer Neymar. According to reports, the prosecutors could not affirm as to whether there was violence in the said sexual act although it seemed an amorous relationship. Real Madrid in Race With Rival Barcelona to Sign PSG Striker Neymar, Say Reports.

Former Brazil captain Neymar was in May accused of raping Brazilian model Najila Trindade in a hotel room in Paris. However, the 27-year-old said that the encounter was consensual and the prosecutors could not find evidence to contradict his claim.

The case received worldwide attention. The model said that the two had met on social media. "There was an amorous relationship. What was not proven is that there was violence in the sexual act," one of the prosecutors, Estefania Paulin, told reporters here.