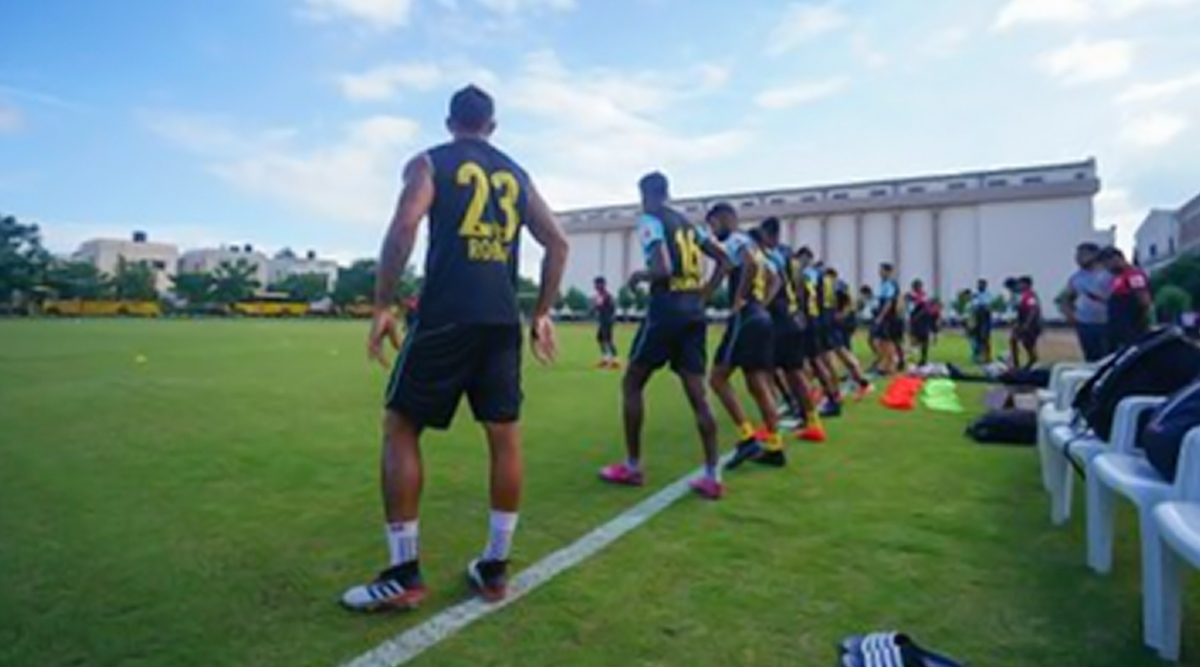 Odisha FC vs Hyderabad FC, Indian Super League 2019-20 Free Live Streaming Online and Live Telecast: Bottom placed Hyderabad take on Odisha in the Indian Super League looking to get out of the deep hole they find themselves in at the moment. With 4 points from 7 games and a long winless streak, Hyderabad under the management of Phil Brown have been in the shambles for quite some time. Opponents Odisha play their last game at their adopted home of Pune and are keen to finish on a high there. Plenty of draws have left the fans frustrated and is slowly killing their chances of making it to the next round. Meanwhile, you have arrived at the right platform if you are looking for live streaming of HYD vs ODS in Indian Super League 6 on Hotstar and other platforms. Odisha FC Vs Hyderabad FC - Live Football Score.

The front three of Aridane Santana, Xisco Hernandez and Jerry Mawihmingthanga have developed some good plays for Odisha but it is the end product that is lacking. Against Bengaluru, the trio squandered a few chances and the team ultimately had to pay a price in the form of defeat. Marcos Tebar is a warrior in central midfield and his neat possession-based play keeps the team ticking. Rana Gharami and Diawandou Diagne in defence have been rock solid and their coach will expect much of the same against Hyderabad. HYD vs ODS Dream11 Prediction in ISL 2019–20: Tips to Pick Best Team for Odisha FC vs Hyderabad FC, Indian Super League 6 Football Match.

Adil Khan impressed on his return to the starting eleven for Hyderabad in their last game against FC Goa. With pretty much an entire squad to choose from, Phil Brown could ring in some changes against Odisha. Marcelinho in attack has not played to his true potential with lack of support hampering his progress. He will need the likes of Marko Stankovic to provide him with the early passes which helps open up defences.

Odisha FC vs Hyderabad FC match in ISL 6 will be played on December 11, 2019 (Wednesday). HYD vs ODS ISL 2019-20 encounter will take place at the Shree Shiv Chhatrapati Sports Complex in Pune and is scheduled to start at 07:30 pm IST (Indian Standard Time).

Fans can also watch the Odisha FC vs Hyderabad FC ISL match on online platforms. Hotstar, the official online media streaming platform of Star, will be live streaming the HYD vs ODS game online for its fans in India. Meanwhile, football followers can also follow LatestLY for the live score updates of HYD vs ODS encounter and every other ISL 2019-20 match.

Hyderabad and Odisha play football that lack creativity and vision and a goalless draw is a likely outcome from the game.