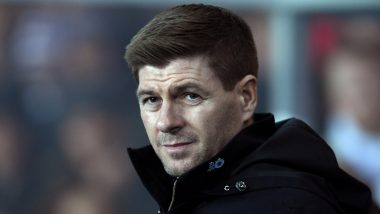 Liverpool were crowned champions of the league after Manchester City lost to Chelsea 1-2 at Stamford Bridge. This meant that the defending champions couldn't overhaul Liverpool's point tally with seven matches to go and the Reds were crowned league winners.

This is Liverpool's first top-flight title in 30 years and their maiden Premier League crown. Even Gerrard, who is widely regarded as the best captain in Liverpool's history, failed to achieve what Henderson managed to do.

Gerrard acknowledged Henderson's feat and shared an image of the two together on Instagram and his post read: "Couldn't of (sic) passed it to a better person. Proud of you, mate."

Henderson and his teammates have now won the Champions League, UEFA Super Cup, FIFA Club World Cup and Premier League in a little over 12 months.

In an interview with Liverpoolfc.com immediately after the championship was confirmed, Henderson said: "It's an amazing feeling, hard to describe to be honest. But after the final whistle it was just an amazing feeling again, especially to spend it with all the lads and the staff. To finally get over the line is a relief but also an amazing feeling."

(The above story first appeared on LatestLY on Jun 27, 2020 04:59 PM IST. For more news and updates on politics, world, sports, entertainment and lifestyle, log on to our website latestly.com).