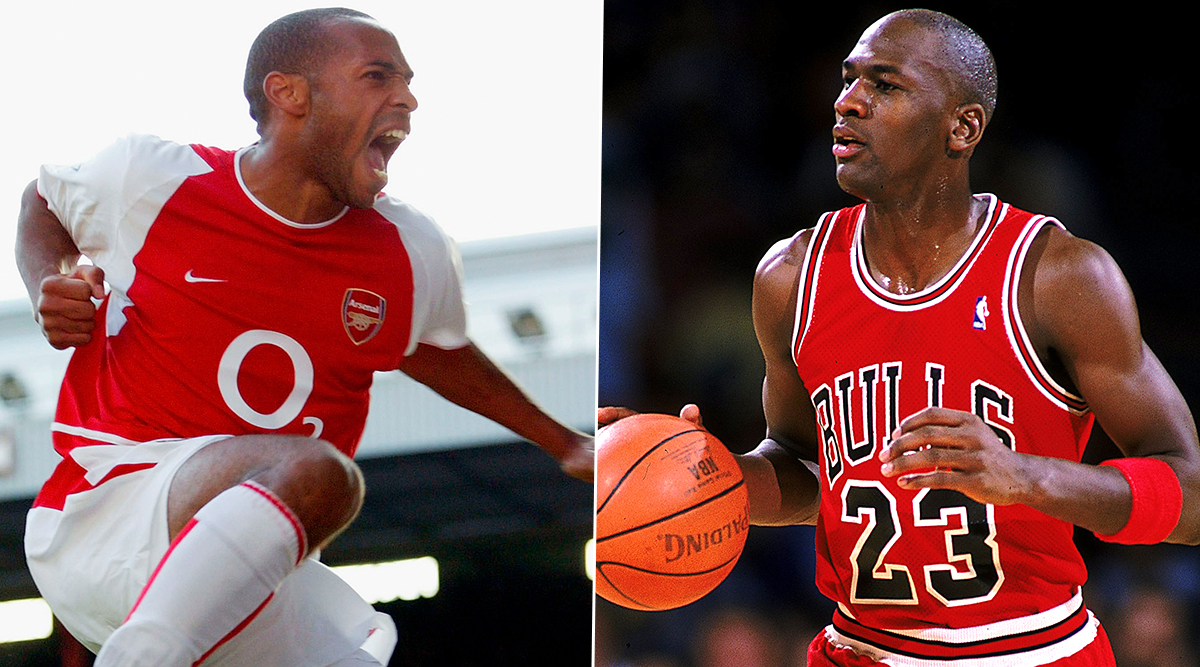 Basketball Legend Michael Jordan has been a topic of debate across the entire world after Netflix recently aired a 10-part series named ‘The Last Dance’. The docuseries focuses on the journey of the Chicago Bulls legends becoming a six-time NBA champion and his final season in with the team in 1997-98. After watching the series, LAFC player Carlos Vela labelled former Arsenal star Thierry Henry as the football’s answer to the Bulls great. Michael Jordan's First Air Jordan Sneakers Sold for Record-Breaking $560,000 at Sotheby's Auction.

Carlos Vela himself is a huge NBA fan and on several occasions has said that he prefers basketball over football in his free time. So without any doubt, the Mexican footballer was instantly hooked on the show. The series mostly focuses on Jordan’s leadership style, which pushed his team-mates to the limit and this attitude reminded Vela about Thierry Henry. Kevin De Bruyne Fires Warning to Thierry Henry, Aims to Break Frenchman’s Premier League Assists Record.

The Mexican international has played with several superstars of the game but never got a chance to take the field alongside the iconic French striker as he was loaned out to several Spanish clubs when Henry left for Barcelona. But the 31-year-old stated that the two legends have striking similarities in their mentality.

‘Thierry Henry was a really hard guy,' he said as quoted by Goal. 'He tried every day to be the best and he pushed the young guys to work more, to be professional, to try to bring everything to every training.’ Vela continued. ‘He would say, 'if you train hard, you can play hard'. Thierry Henry was an inspiration to me and you can see the career he had. I'm proud to have said I can play with him. He's a good leader’ the Mexican added.

Carlos Vela currently plays in America’s Major League Soccer (MLS) with Los Angeles FC and was at his best last season where he broke several records. He scored 34 goals in 21 appearances while guiding LAFC to Supporters’ Shield and an MLS record points for the season.