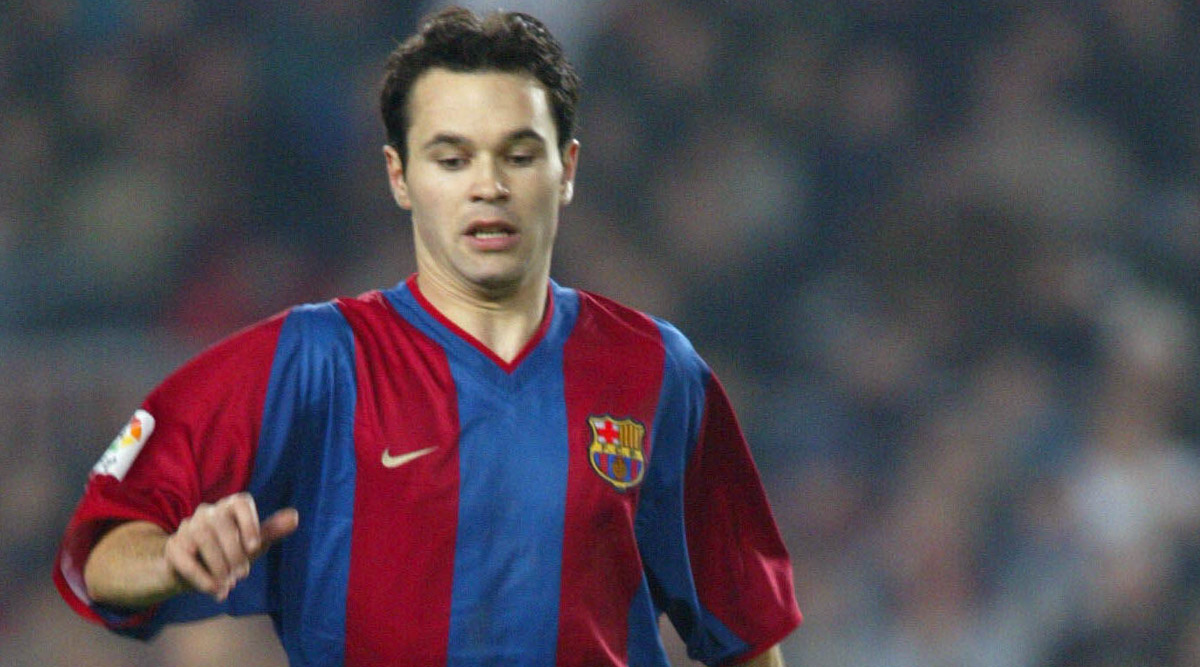 Rewind 16 years to this day (April 10, 2004), Barcelona great Andres Iniesta announced himself on the world stage as he scored his first goal for the club in La Liga. The Spanish magician was handed his debut by Louis van Gaal in 2002 but it wasn’t until the next season that he scored his first for the club. The goal came against Real Valladolid as a young Iniesta started to make his way up the ranks in the Barcelona squad but was mostly used a deputy for crowd favourite Ronaldinho. ‘Vintage’ El Clasico on the Cards? Barcelona and Real Madrid Legends Agree for a Charity Match.

Andres Iniesta’s first goal for Barcelona was a thing of beauty and it was wonderfully set up by Xavi and Luis Enrique. The Spaniard's goal came away from Nou Camp at the Estadio Jose Zorrilla Stadium against Real Valladolid during the 2003-04 season. This was his only goal of the league campaign but it was one of the most important ones in his career. Video of 10-Year-Old Lionel Messi Playing Football for Newell’s Old Boys Resurfaces Amid Coronavirus Lockdown.

Barcelona won that game 3-1 as Saviola gave them a lead after just two minutes before Ronaldinho doubled it on the half-hour mark. Oscar Gonzalez pulled one back for the home side with his 9th goal of the season but Andres Iniesta put Barcelona nerves to rest when he netted six minutes from time.

The world-cup winner is not known for his goal-scoring exploits but has scored some important goals in his career including the winning goal in the final of the 2010 FIFA World Cup against the Netherlands. This was Spain’s first world title as their second consecutive International cup as they dominated the world under Vicente del Bosque.