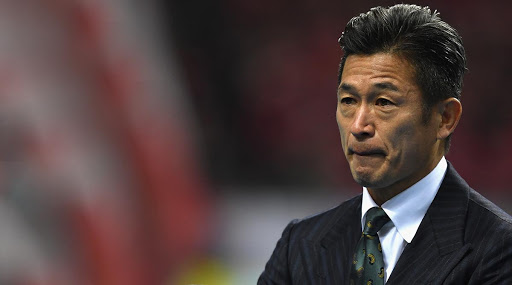 World’s oldest footballer Kazuyoshi Miura has signed a one-year contract extension with his current club Yokohama FC which will see the Japanese enter his 35th season in professional football. Miura, who turns 53 on February 26, will play in the first division of the J-League for the first time since 2007 as Yokohama secured promotion into the top-flight last season. The 52-year-old is one of the best players to emerge from Japan and fondly dubbed as ‘King Kazu’ is the oldest player to score a goal in worldwide professional footballing leagues. Andres Iniesta Transfer News Update: Barcelona Legend Linked With a Move to Argentine Club Estudiantes.

Yokohama FC announced on Saturday that they have renewed 52-year-old Kazuyoshi Miura's contract by one-year as the Japanese footballer enters his 35th professional season. The forward has played for some big-name clubs in world football such as Santos, Palmeiras, Genoa and Dinamo Zagreb but has been at the Japanese club since 2005. 'I was able to renew my contract with FC Tokyo for the 2020 season' Miura said in a statement. 'I hope to enjoy playing soccer and remember to be grateful as I make an effort to achieve the club's goal of staying in the J1. I'll work hard to contribute to the team's wins’ the 52-year-old added. Last season Miura played just three games and did not score any goals but will be looking for more game time in the upcoming season of the J-League. David Villa, Former Barcelona and Spain Striker, Announces Retirement From Football at End of Season.

Yokohama FC open their season away to current J1 champions Vissel Kobe on February 23, 2020, which includes former Barcelona players such as Andres Iniesta, Sergi Samper and Thomas Vermaelen. Their first home game will be on March 1 against Kashiwa Reysol and Kazuyoshi Miura will surely get a grand reception.