Former WWE Superstar James Harris ‘Kamala’ Passes Away at 70, The Wrestling Legend Dies Due to COVID-19 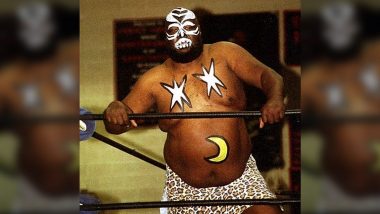 Former WWE superstar and legendary wrestler James Harris, famously known as Kamala passed away on Aug 9, 2020. The wrestler died at the age of 70 due to cardiac arrest. However, it must also be noted that the Ugandan wrestler tested positive for COVID-19 on August 5, 2020. The same day he was admitted to the hospital, on the afternoon of Aug 9, 2020, the giant wrestler took his last breath. Kamala used to the wrestler with frightening face paint and had a massive physique. The wrestler weighed stood 6 foot 7 inches tall and weighed 380 pounds. James Harris, Former WWE Wrestler, Dies at 70.

Kamala has wrestled against legendary wrestlers like The Undertaker, Hulk Hogan and Andre The Giant. WWE has not yet disclosed the reason for Kamala's death, however, they have confirmed the news through their official tweet. According to a Facebook post by Kenny Casanova, the writer who co-authored James Harris’s autobiography, the wrestler died of the coronavirus. Kamala was loved by fans as he wrestled in the Mid-South, World Class Championship Wrestling, WCW and WWE until 2006. Former WWE star Elijah Burke has posted a condolence message for Kamala on his Instagram post.

Another legend who deserved to be in @WWE Hall of Fame and ALIVE when that time came. An all around great talent and good guy that got over and stood out wherever he went. RIP to the great “Ugandan Giant” Kamala. His memory will live on forever. ~PHS #RIPKamala #Ugandan #Giant #Kamala #WWE #WWF #Wrestling #Sports #Entertainment #Dungeon #Doom #nwapope #NWAPowerrr #NWA #AEW #AEWDynamite #AEWDark #AEWonTNT #NXT #RAW #Smackdown

Kamala was a famous wrestler during the 80s era where his rivalry with Jake 'The Snake' Roberts was very famous. The Ugandan wrestler, James Harris had also fought Hulk Hogan multiple times for WWF World Heavyweight Championship. We extend heartful condolence to Kamala and his family.

(The above story first appeared on LatestLY on Aug 10, 2020 11:11 AM IST. For more news and updates on politics, world, sports, entertainment and lifestyle, log on to our website latestly.com).