At Athens in 2004, Devendra Jhajharia became the second Indian (and the first in 32 years) to win a gold medal at the Paralympics. Rajinder Singh Rahelu won a bronze. 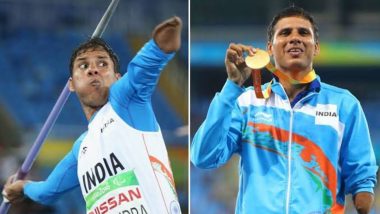 India had failed to win a medal in four consecutive editions of the Paralympics, between 1988 and 2000. That changed finally changed in 2004, when they won two medals – one gold, one bronze – to finish 53rd. In all they sent nine para-athletes to Athens. India at the Paralympic Games Part 1, 1968 Tel Aviv and 1972 Heidelberg: Murlikant Petkar First Indian to Win Gold Medal at Paralympics.

And just like Murlikant Petkar in Heidelberg 1972, Jhajharia set a new world record, that too by a long margin. At the Men’s Javelin Throw F44/46, he hurled the javelin 62.15m – significantly more than the then world record of 59.77m. India at the Paralympic Games Part 2, 1984 Stoke Mandeville/New York – 2000 Sydney.

In 2012, Jhajharia became the first Paralympian to be honoured with the Padma Shri. It was a remarkable journey of a man who had, as an eight-year-old, touched a live electric table. His left hand had to be amputated. His sporting career had really taken off when he was spotted by the legendary RD Singh in 1997 (who later became the first Para sports coach to win the Dronacharya Award).

India’s other medal came in the 56 kg powerlifting, where Rajinder Singh Rahelu won a bronze medal, who contracted polio when he was eight months old. He came fourth in the event, but was upgraded to third when Youssef Younes Cheikh of Syria, the initial bronze-medal winner, tested positive for drugs and was disqualified.

(The above story first appeared on LatestLY on Aug 22, 2021 10:31 PM IST. For more news and updates on politics, world, sports, entertainment and lifestyle, log on to our website latestly.com).