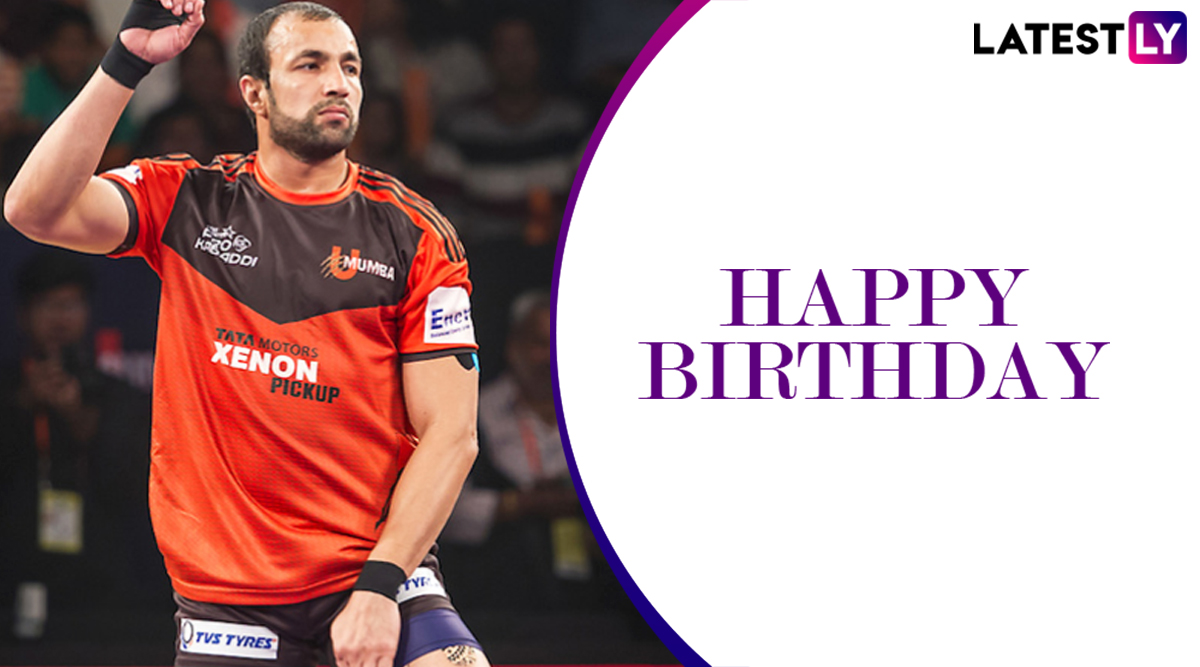 Indian Kabaddi great and one of the most experienced Kabaddi players of the country, Rakesh Kumar celebrates his 38th birthday on April 15, 2020 (Wednesday). Born on this day in 1982, Rakesh Kumar has coursed one of the most successful Kabaddi journeys in the country. Kumar, who was born in the Kabaddi hub of India made his international debut for India in 2003 and has since won two World Cups titles and three Asian Games gold medals among several other achievements. Such has been his popularity that Kumar attracted the highest bid at the inaugural edition of the Pro Kabaddi League (PKL). He was eventually bought for Rs 12.8 lakh by the Patna Pirates and led them to a third-place finish in the first season. Anup Kumar: Lesser-Known Things to Know About the Captain Cool of Kabaddi.

Born in Nizampur village of North West Delhi, which is considered a Kabaddi hub of the country and has already produced over 100 Kabaddi stars that went on to play for the national team, Kumar was interested in Kabaddi from a young age. He was introduced to Kabaddi in his school and took up the game even captaining his school in inter-school competitions. He was soon selected to play the state team and went on to make his India debut in 2003. On his 38th birthday, take a look at some lesser-known or interesting facts about the Kabaddi leader.

Four years after making his first appearance for the national team, Rakesh Kumar was the vice-captain of the Indian team that won the World Cup in 2007. He was also part of the victorious Indian team at the 2004 World Cup. Apart from the World Cup, Rakesh Kumar also won the Asian Games gold medal in 2006, 2010 and 2014 as well as the South Asian Games in 2006 and 2010. He is currently the coach of Telugu Titans in the Pro Kabaddi League.