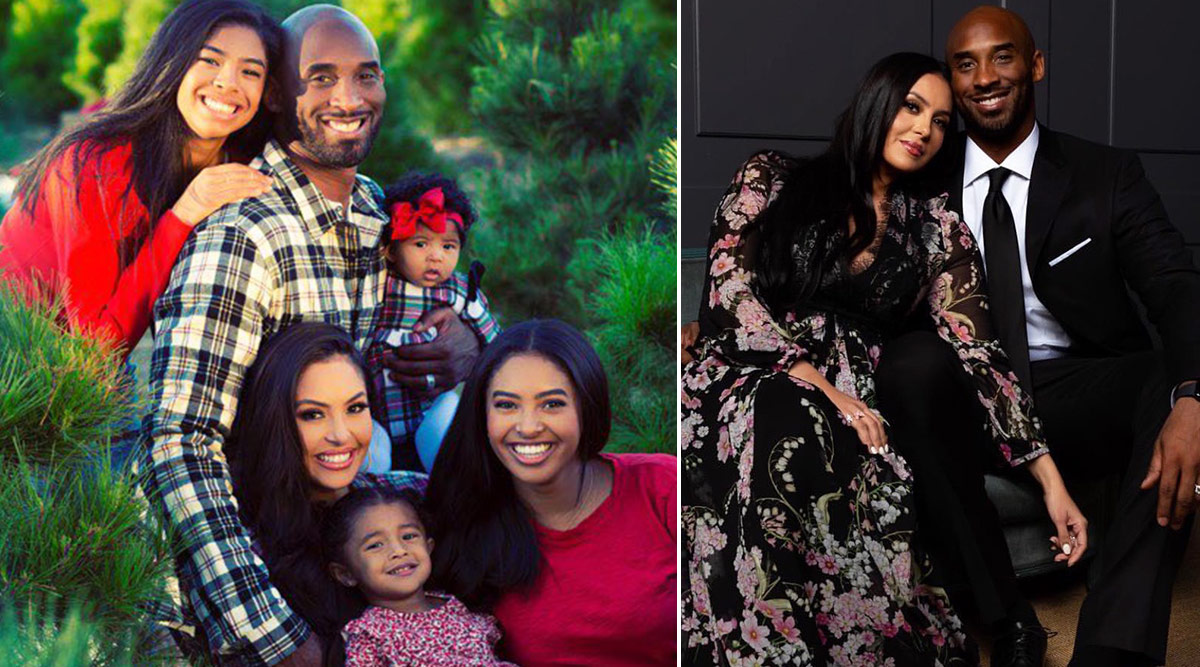 People across the world are mourning the tragic demise of Kobe Bryant who died in a plane crash. His daughter, Gianna was also on board the helicopter. According to media reports, Kobe was travelling with four other people in his private helicopter, and none survived including the pilot, as it crashed near California. The NBA’s legendary basketball player leaves behind wife Vanessa and three daughters—Natalia, Bianka and Capri, who was born in July, 2019. Kobe has always been an involved father, and he often posted pictures of his daughters on social media, giving fans glimpses of parental goals. While we all are still grieving his sudden death, know everything about the NBA star's family. Kobe Bryant Tragic Death in Helicopter Crash: A Look at Some Memorable Moments of the ‘NBA Legend Gone Too Soon’.

Me and my Mamacita

As per media reports, Kobe met his wife, Vanessa during a music video shoot in 1999 when she was still in high school and he was about 20 years old. They got married in April 2001. In their 20 years of marriage, the pair remained 100 percent committed to their family.

Happy Birthday my baby. I love you beyond measure. You will always be my little Principessa #17

Born in May, 2006, Gianna was his father’s precious who loved to play basketball. Kobe proudly coached Gianna’s AAU basketball team, called ‘The Mambas.’ As a coach, he reportedly had spent the majority of the practices teaching the young players, so that they can have a strong foundation for their future games. As per reports, Kobe and Gigi were on their way to Mamba Academy in Thousand Oaks, California for a basketball practice when the helicopter was crashed. Kobe Bryant’s Death in Helicopter Crash Was Predicted 7 Years Ago! Fan’s 2012 Tweet Foreseeing the Basketball Player’s Untimely Death Goes Viral.

Happy Birthday B.B I Can’t believe you are 3 already! We love you little mamacita

Kobe and Vanessa celebrated their daughter Bianka’s third birthday in December. The father shared an adorable picture of the two of them, with the toddler sitting atop his shoulder.

@vanessabryant surprised me by bringing our two little babies B.B and KoKo to my @granity book signing of #legacyandthequeen at @barnesandnoble ❤️❤️

The family welcomed their fourth child last year. They have shared adorable family pictures showing little Capri growing up with her elder sisters.

Bryant played for the Los Angeles Lakers for 20 seasons and is considered as one of the greatest players NBA ever had. He led the Lakers to five championships, was an 18-time All-Star and NBA’s Most Valuable Player in the 2007 to 2008 season. He is also the fourth on the NBA’s all-time scoring list; he once scored 81 points in a single game which made him the second player to set the score.