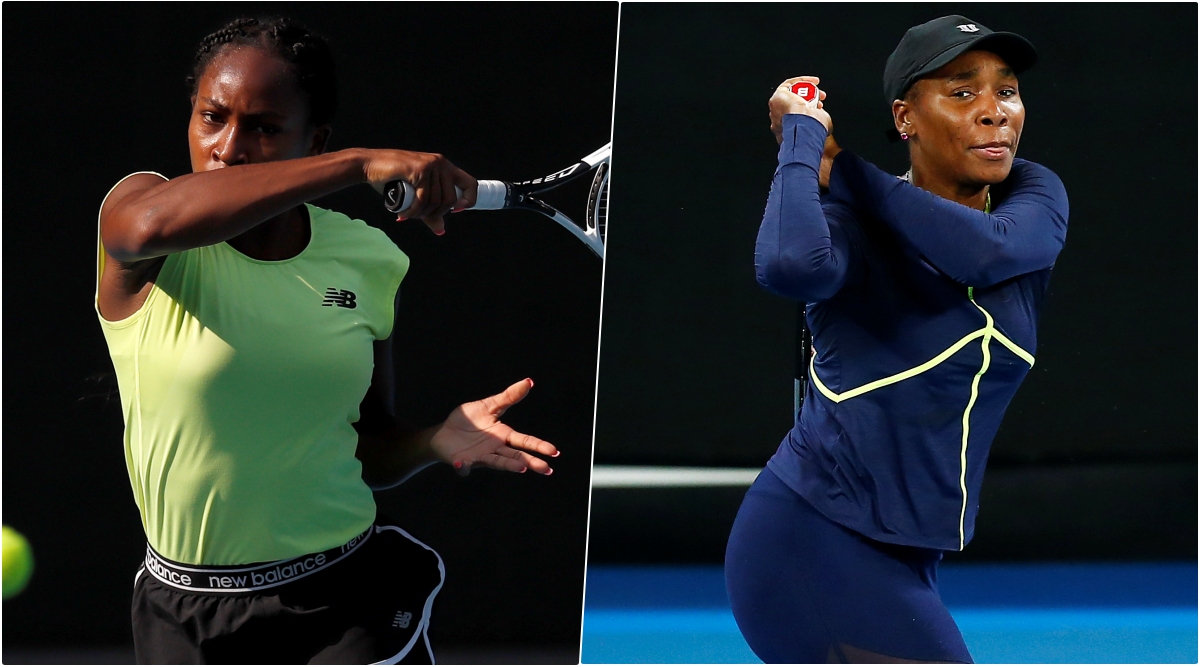 If experience has the upper hand in Serena Williams vs Anastasia Potapova match, it looks like young blood will have a say in Coco Gauff vs Venus Williams clash. Cori "Coco" Gauff, 15-year-old and the youngest participant in Australian Open 2020 is all set to take on Venus, the oldest contender at 40. What makes this contest a must-watch at the Melbourne Park is the fact that Coco holds a 1-0 head-to-head advantage over the American veteran. In fact, Coco Gauff defeated Venus Williams in the first round at Wimbledon, last year – her first grand slam match, which made the American teen an internet sensation. It will be quite interesting to see if Venus can avenge the Wimbledon loss or can Coco extend her lead to 2-0 over her known opponent. All the tennis lovers in India, you can find all the details pertaining to Coco Gauff vs Venus Williams, Australian Open 2020 live streaming online, live telecast, match timings in Indian Standard Time (IST) and TV channels broadcasting the tournament. Australian Open 2020 Women's Singles: Ash Barty, Pliskova, Osaka, Halep And Serena, 5 Players to Watch Out For in Tennis' First Grand Slam of The Year.

As mentioned above, Coco shot to fame with her straight sets (6-4, 6-4) victory over Venus in 2019 Wimbledon. Born in March 2004, she is the youngest player ranked in the top 100 by the Women's Tennis Association. She is currently ranked World No 66, a career-high ranking for the American teen. And in front of her is Venus, a 40-year-old determined old guard who is currently ranked No 55 in the world, seven major titles under her belt including two won at the Rod Laver Arena. And just like Wimbledon, Coco is going to make another grand slam debut, this time Australian Open with a match against Venus Williams. This is what makes the contest such an exciting watch.

When is Coco Gauff vs Venus Williams, Women's Singles First Round Match in Australian Open 2020?

World No 66 Coco Gauff will take on No 55 Venus Williams in the first round of Australian Open 2020. Their match is scheduled in the morning session on January 20.

You can enjoy Coco Gauff vs Venus Williams on Sony Pictures Networks (SPN) television channels in India. They are the official broadcaster of Australian Open in the Indian subcontinent. All the matches will be live telecast on Sony Six, Sony Ten 2, Sony Six HD and Sony Ten 2 HD, Sony Ten 3 (with Hindi commentary).

As Sony Pictures Networks has the broadcast rights, the live online streaming of Coco Gauff vs Venus Williams, women's singles first round will be available on its OTT platform Sony LIV mobile app and website.

Coco looks determinant to make a mark on her Australian Open debut and with Venus lacking enough match practice due to hip injury, the odds are in favour of the younger American. If Coco wins the Monday encounter, she could meet defending champion Naomi Osaka in the third round and a chance of potential clash with Serena Williams in the quarterfinals. But for now, she needs to clear the first round hurdle.