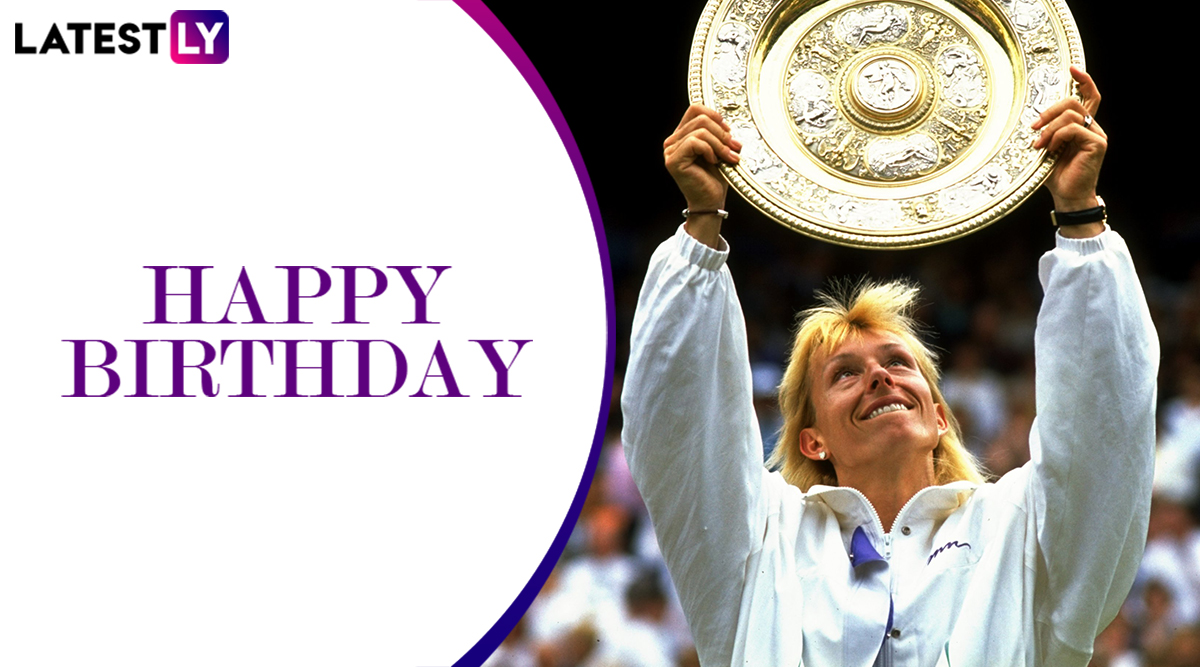 Martina Navratilova celebrates her 63rd birthday. Arguably the greatest Tennis player of her generation and a proud owner of a staggering 59 Grand Slam titles, Navratilova was born on October 18, 1965, in Prague, Czechoslovakia – a country that would disown her for becoming “too Americanized.” Early into her Tennis career, Navratilova, whose grandmother played Tennis for the Czechoslovakia Federation before World War II jeopardised her career, was asked to go back to schools for taking too much liking to Tennis. She replied by asking for Asylum in the United States and the granted permission not just saved her Tennis career but also launched a career – that would outlast many of her contemporaries – of 32 incredible and celebrated years glittering with records, Grand Slams and accolades.

Navratilova, who turns 63 on October 18, 2019 (Friday) is a warrior, a survivor and a dreamer. From resenting against Czechoslovak’s patriarchy to surviving in the United States as an outsider and dreaming to play like Rod Laver, she did it all in life. But in the Tennis court, Navratilova was always an achiever. She holds the record of winning at least one Grand Slam title in four different decades and in a career that lasted till she was 50, Martina Navratilova won everything. From the “Triple Crown,” to “Grand Slam Boxed Set” Navratilova set records not many could dare dream. As she celebrates her 63rd birthday, take a look at some of the incredible records she has set in Tennis circuit.

Best for a Reason

Martina Navratilova is the only player in tennis history to have held the No 1 rank in both singles and doubles category for over 200 weeks. As top-ranked women's singles player, Navratilova spent 332 weeks at the top, while also setting a new record in the doubles category after retaining the position of the double a record 237 weeks. She held the No 1 rank in singles for five consecutive years and for three successive years in doubles.

Champion of All Kind

Navratilova won a record 59 Grand Slam titles in her career. Her haul of Grand Slams is the most won by any player -- male or female -- in the open era of Tennis. The Czechoslovakia born-American Tennis professional has won a record 9 Wimbledon titles -- a feat unmatched by any other women's Tennis player. Navratilova's record of 20 combined Wimbledon titles across three categories, singles, doubles and mixed doubles, is only equalled by Billie Jean King in the women's section.

Martina Navratilova's winning streak of 74 successive matches is the longest winning streak in the open era of Tennis. She and Serena Williams are the only two players to have won six Grand Slam titles without dropping a set. Navratilova is also joint record-holder, along with Margaret Court and Maureen Connolly, of winning six successive singles Grand Slams - the most by any female Tennis player.

Navratilova has won the most number of WTA Singles (167) and doubles (177) titles in the open era. Her record of playing 11 consecutive Grand Slam finals is only surpassed by Steffi Graff’s 13 GrandSlam successive final appearances.

Navratilova and Pam Shriver (former American Tennis player and TV pundit) form one of the deadliest and most successful partnerships in the women's doubles. The pair hold the record of winning the most number of successive margins on the trot. Of Navratilova's 59 Grand Slam titles, a record 31 came in the double category. The pair also has 79 titles victories together, which is an all-time record in Tennis history.

Navratilova, who has achieved the career Grand Slam, was as good a player in women’s doubles and in mixed doubles as she was on the singles. Navratilova is a Cancer battle survivor and almost faced a death fall from the mountains in Nepal but has lived to do greater things.