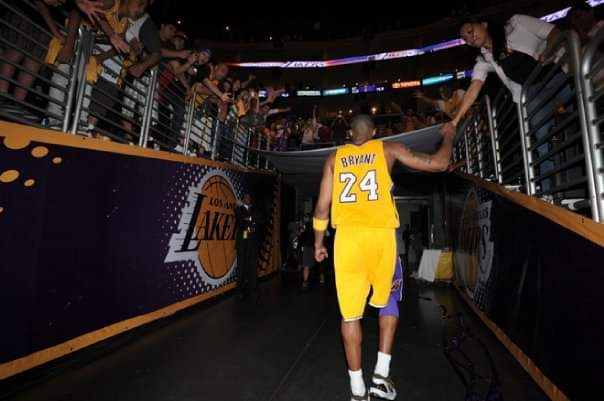 The world woke up to the sad news of the demise of Kobe Bryant. Since then many celebrities including Virat Kohli, Cristiano Ronaldo, Coco Gauff and Lionel Messi paid tributes to the legendary basketball player. It was during their Australian Open 2020 contests that Rafael Nadal, Coco Gauff and Nick Kyrgios paid an emotional tribute to the perished legend. On one hand, where Coco Gauff donned pink coloured shoes with #8 and Mamba Mentality on it. Nadal, on the other hand, spoke in length about the demised legend. Kobe Bryant, Daughter Gianna and 7 Other Dies in Horrific Helicopter Crash in California.

Nick Kyrgios was on the verge of tears as he took the centre stage. He was seen donning Laker’s jersey as he entered the stadium. The video of the same went viral on social media as Kygios wore jersey number eight and the netizens hailed him on social media about the same. Bryant was accompanied by his13-year-old daughter Gianna Maria Bryant, who was also killed in the helicopter crash. "He had been a true inspiration for the world and a lot of kids and of course Kobe Bryant will be in our hearts and minds for the rest of our lives," said Nadal during an interview. Check out the videos and pictures below:

👏👏 ¡Deserved tribute! The Australian Open pays tribute to the late legend Kobe Bryant and that is why Kyrgios took the field to face Nadal in the Los Angeles Lakers NBA jersey.#AusOpen #Kobe #KobeByrant #KobeRIP pic.twitter.com/LortqjYlkI