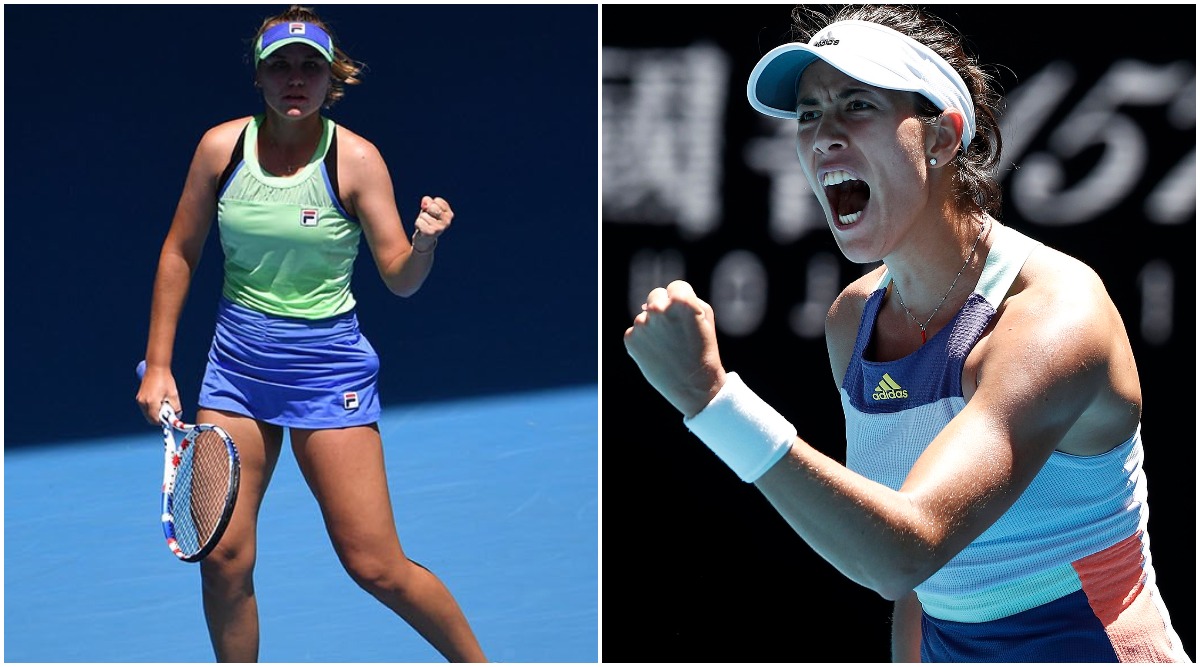 Sofia Kenin beat reigning champion and World No 1 Ashleigh Barty 7/6 (8-6), 7/5 to make her maiden final appearance at Grand Slams. The 21-year-old American is already the youngest Australian Open finalist since Maris Sharapova and Ana Ivanovic in 2008. A win on Saturday will also make her the highest-ranked American surpassing even Serena Williams. Kenin has dropped a set only once at AO 2020 in her fourth-round clash with Cori Coco Gauff where she fought back from a set down to beat the American Prodigy 6/7 (5-7), 6/3, 6/0 before trumping Ons Jabeur and eventually local favourite Barty. Simona Halep Posts an Emotional Message After her Ouster From Australian Open 2020.

Kenin’s opponent Muguruza could become the first unseeded player since Serena Williams in 2007 and the only third player in the tournament’s open era history to conquer Melbourne if she manages to lift the Australian Open. Unlike Kenin though, Muguruza has already clinched two Grand Slam (French Open 2016 & Wimbledon 2017) but will be making her maiden Wimbledon final appearance. She overcame three seeded players en route to the semi-final with straight-set wins over Elina Svitolina, Kiki Bertens and Anastasia Pavlyuchenkova before upsetting former World No 1 and fourth seed Halep in the semis.

Sofia Kenin vs Garbine Muguruza match in women’s singles final encounter of Australian Open 2020 will be played at the Rod Laver Arena on February 01, 2020 (Saturday). The match is scheduled to start at 02:00 pm IST (Indian Standard Time)

SonyLiv, the OTT platform of Sony Pictures Network, will be live streaming the Australian Open Women’s Singles final match for its online fans in India.

Sofia Kenin and Garbine Muguruza have met each other once in their professional tennis career with the former overcoming the two-time Grand Slam winner in three sets. It was last year at the China Open in Beijing where American Kenin beating Muguruza 6/0, 2/6, 6/2 to take 1-0 lead in head-to-head records.