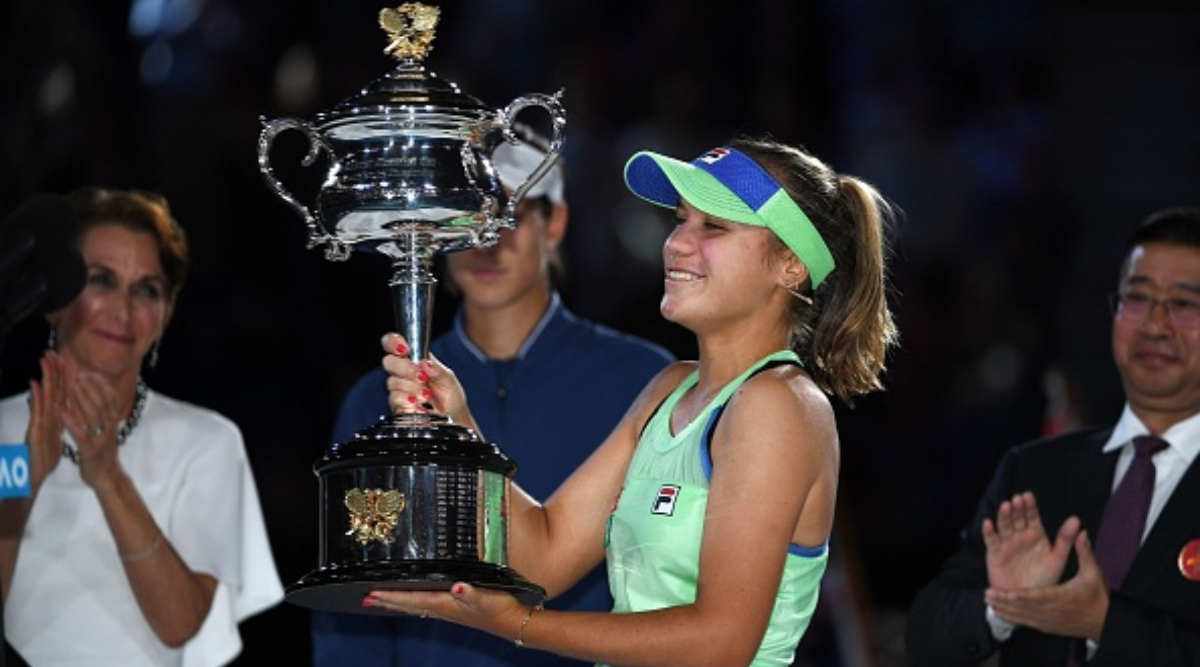 Not every year we see a 14th seed player go on to win a Grand Slam. America’s Sofia Kenin has done exactly that. The 21-year-old defeated Spain’s Garbine Muguruza in the final of Australian Open 2020 women’s singles to clinch her maiden Grand Slam. Kenin lost the first set but then bounced back to beat the former world number one and two-time Grand Slam winner in next two sets.

Kenin’s Her 4-6, 6-2, 6-2 victory lasted two hours and three minutes at the Rod Laver Arena in Melbourne. She announced herself at the major stage after defeating top-ranked Ashleigh Barty in straight sets in the semi-final to make it to her maiden Grand Slam final. Sofia Kenin Wins Australian Open 2020 Women's Singles Title, Beats Garbine Muguruza to Lift her Maiden Grand Slam.

No one would have rated Kenin to make it to the finals, leave alone winning it. But on Saturday, the American tennis player dished out a superlative performance to win the women’s AO title. Meanwhile, as Kenin basks in the glory, we take a look at some quick facts related to her and her first Grand Slam title.

This was Kenin’s third appearance at the Australian Open. In 2018 she faced first-round exit and last year she failed to go past the second round. Kenin is currently ranked 15th in WTA singles rankings. Now after winning the Australian Open, she is expected to break into top ten in the WTA rankings.