Though the COVID-19 regulations for team sports at the Olympics specify disqualification of a team if three or more players test positive for COVID-19, the international hockey federation (FIH) on Friday clarified that the decision to withdraw is left to the teams and will not be forced by the administrators. 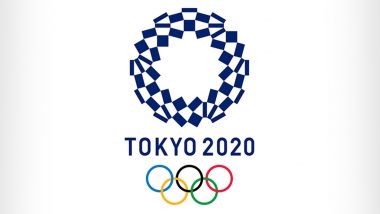 Mumbai, July 16: Though the COVID-19 regulations for team sports at the Olympics specify disqualification of a team if three or more players test positive for COVID-19, the international hockey federation (FIH) on Friday clarified that the decision to withdraw is left to the teams and will not be forced by the administrators.

The administrators will only ensure that only players that have produced negative tests are in the bio-bubble and play matches.  Tokyo Olympics 2020: Check Out Full List of Countries Participating at Summer Games

"It has been left to that particular team to decide whether it could continue to play its scheduled match. Of course, the players will have to produce negative COVID-19-test reports before taking the field," Thierry Weil, FIH's Chief Executive Officer (CEO) clarified during a virtual press conference with Indian journalists on Friday.

Weil said the match will go ahead even if eleven fit players are available and willing to play.

However, in case a team decides to withdraw from the competition in the knockout stages, the side that it had beaten in the previous round will replace it, time permitting.

In case, both teams are unable to take the field in the final because of COVID-19 cases, two gold medals will be awarded, according to the sports-specific rules decided by the International Olympic Committee (IOC) in consultation with FIH.

"If both teams due to play against each other in the final are unable to compete, both teams will be awarded a gold medal," the rules say.

In the case of the semi-finalists, if a team withdraws or is unable to participate before the match and there is sufficient time to replace them, they will be replaced by their quarterfinal opponent. If there is not sufficient time for a replacement team, then their opponent will advance to the final. They will be ranked in the competition as the losing semi-finalist and the loser of the bronze medal match, i.e. fourth.

In case a team that has qualified for the quarter-finals is not able to participate in a match, if time allows, the next ranked team from their pool will replace them in the quarterfinal. If there is not sufficient time (at the sole discretion of the FIH) their opponent will be awarded a 5-0 victory and proceed to the semifinal. The team, which was not able to participate in the match, will be considered to have lost the match 0-5 and will be ranked eighth in the competition.

If a team is unable to take the field during the preliminary round, it will be recorded as a 5-0 loss but the team will not be withdrawn from the competition. The pool rankings will be determined in the usual way, including the 5-0 loss(es) for any matches not played for this reason. The said team/teams will be allowed to play its/their remaining pool matches if they are able to.

According to the document, in case two teams are unable to participate in the pool match between them, the match will be recorded as a 0-0 result but no points will be awarded to either team. The teams will not be withdrawn from the competition and the pool rankings will be determined according to the tournament regulations. The said teams will be allowed to play their remaining pool matches if they are able to.

Asked how can a team that has lost in the semifinal be allowed to play in the final and go on to bag the gold if they win the final, Weil said these situations were discussed as part of the various scenarios worked out for the sport and they may or may not come into play.

According to him, the two teams must have played the previous match only after their players had tested negative. So, it may not be possible for all 40 of them to test positive.

Weil said that the scenarios were worked out with the aim that a match must go on till it is possible.

He said commercial interests were not the deciding factor in framing these regulations.

"Yes, just like all other international federations we do depend on the money received from IOC. But it would not be right that these rules were agreed to considering money. The rules have been worked out keeping in mind the safety of the players and also the fact that most players would like to get a medal by winning a match and not because the other team was able to play," he said.

(The above story first appeared on LatestLY on Jul 16, 2021 05:27 PM IST. For more news and updates on politics, world, sports, entertainment and lifestyle, log on to our website latestly.com).