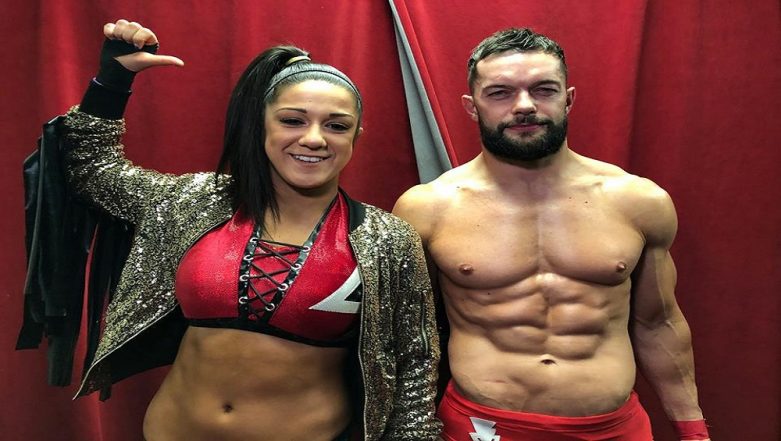 At Elimination Chamber we saw action-packed drama where new champions got crowned, and we also witnessed superstar flowing out their emotions. The recently concluded PPV perfectly created the plot for the coming weeks in WWE. Tonight at monday night Raw it will be interesting to see how the winners and losers from last night main event will react to their results. Keep scrolling down below to know about the live streaming and match timings, preview, predictions and free online telecast details of today's fights. WWE Elimination Chamber Results Feb 17,2019: Winners, Highlights, Full Analysis and Commentary.

History was made last night when new women's tag team champion was crowned in first ever women's tag team match in an elimination chamber match. It will be interesting to see how Boss 'N Hug connection addresses the crowd and who will be the next to challenge them for the Women's Tag Team title. Finn Balor became the Intercontinental Champion last night, where he manages to fight the duo of Bobby Lashley and Lio Rush, the Irish Man pinned Lio Rush to win the title. Post-match we saw Bobby Lashley assaulting Lio Rush, which means that at tonight's edition of Raw we will hear something from Lashley on his loss and about Lio Rush.

"The Man" Becky Lynch made her appearance at Elimination Chamber with her injured knee, thereby assaulting both Charlotte Flair and Ronda Rousey by her crutches after 'The baddest woman' Rousey defeated Ruby Riot. Now we will have to see how the McMahon family reacts to this.

Where to Watch WWE Raw Through Online Streaming: WWE Raw can be watched online by subscribing to WWE Network.

Tonight's episode has a lot in store for WWE fans, so gear up for the electrifying action and stay tuned to our website-LatestLY for results, analysis and more updates on WWE, as we promise you to bring more exciting news from the world or wrestling and the WWE universe.