WWE UK Talents Including Jordan Devlin, Ligero & Others Accused of Sexual Assault to Females Wrestlers in the Wake of #SpeakingOut Movement 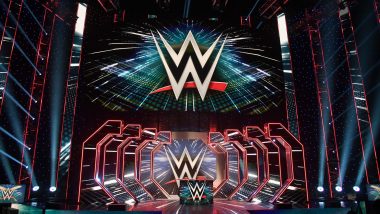 The #SpeakingOut movement has rattled the WWE fans and all over the world as it includes several big names including Ligero, Joe Coffey, Jordan Devlin and Travis Banks. A few wrestlers have come out in open on social media and have accused male WWE talents of assaulting her sexually. Independent wrestler Natalie Sykes has publically accused Ligero of abusing her sexually. Millie McKenzie, another independent star accused Travis Banks on social media with the same accusation. Another one came from former professional wrestler Sierra Loxton. WWE Raw January 27, 2020 Results and Highlights: Drew McIntyre Challenges Brock Lesnar For WrestleMania 36; Randy Orton Assaults Edge (View Pics).

Loxton said that she had to block Joe Coffey as the wrestler would not leave her alone. Hannah Francesca not only blamed Devlin of being physically abusive to her but also shared the snaps of bruises. She also posted a long statement on social media. Check out the tweets below

i am so unbelievably scared but i guess i have nothing to lose. thank you to those who have encouraged me to come forward 🖤 pic.twitter.com/P0AmpZWNp1

Want to stop it from happening to any one else.

Hope this encourages more girls to speak out ❤️#speakingout 3/3

I had to block Joe Coffey on all my social media accounts because he wouldn’t leave me alone.

He’s a sack of shit who mentally, emotionally, and sexually abuses his girlfriends.

Many other wrestling stars like  Big E, Nyla Rose, Tucker, Piper Niven, and NXT UK women’s champion Kay Lee Ray have taken to social media and supported the  #SpeakingOut movement. Not very long ago, the #MeeToo movement all across the globe had led to opening a can of worms with some scandalous accusations being made by celebrities.

(The above story first appeared on LatestLY on Jun 20, 2020 12:06 AM IST. For more news and updates on politics, world, sports, entertainment and lifestyle, log on to our website latestly.com).