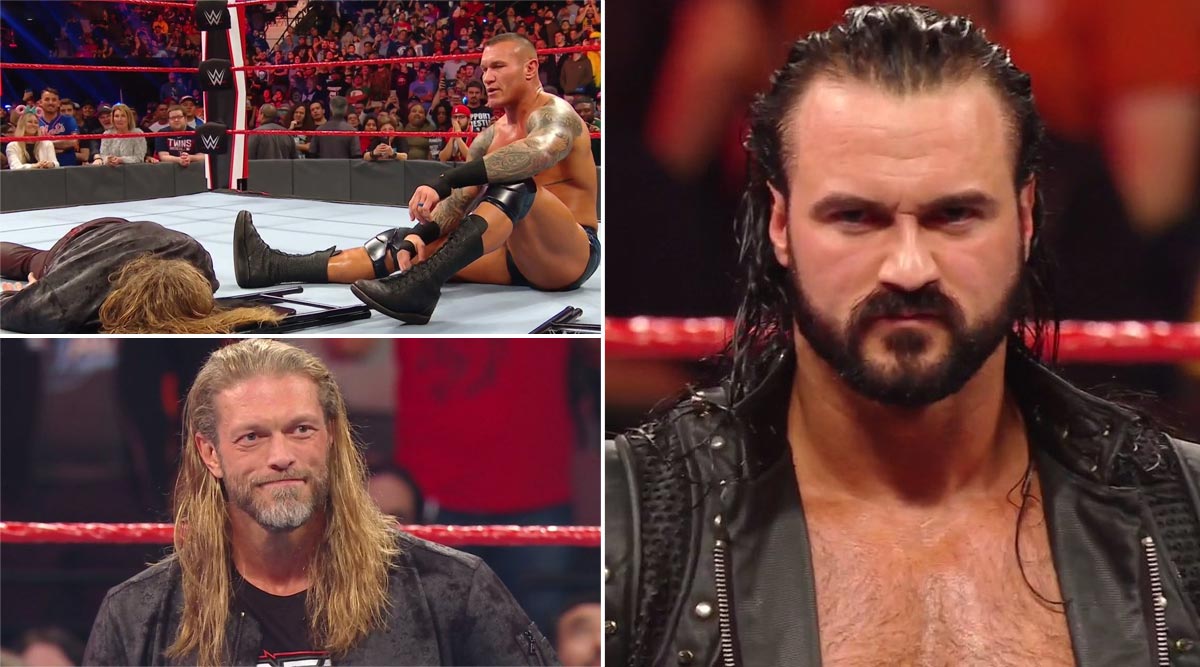 WWE Raw January 27, 2020 episode provided fans with enthralling actions and indeed came up with a creative storyline. Drew McIntyre after winning the men's Royal Rumble match 2020 just a night before came out and thanks fans for the support. The 'Scottish Psychopath' then challenged Brock Lesnar at WrestleMania 36 for WWE Championship. We also saw the return of Edge on Raw, however, things did not go for him the way he wanted. Randy Orton assaulted the Rated-R superstar with chair shots. Meanwhile, you have arrived at the right platform, if you are looking for results and highlights of WWE Raw January 27, 2020. WWE Royal Rumble 2020 Results: Drew McIntyre Wins Rumble Match; Edge Surprise Fans By His Return.

Drew McIntyre after challenging Brock Lesnar for WWE Championship, faced an open-challenge from Luke Gallows and Karl Anderson (The O.C.). The 'Scottish Psychopath' won the match, however, after that, the Beast Incarnate came out and hit him with F5. Speaking about Edge's return, at Royal Rumble 2020 he impressed fans with his performance at the match. Edge eliminated Randy Orton in that match, which did not go well with 'The Viper'. Randy Orton hit Edge with RKO and after that hit him with continuous chair shots on his neck. WWE Raw January 20, 2020 Results and Highlights: Seth Rollins & Buddy Murphy Defeat The Viking Raiders To Become Tag Team Champions (View Pics)

Apart from this, we saw the new Raw Tag Team Champion, Seth Rollins and Buddy Murphy defeat Samoa Joe and Kevin Owens. Liv Morgan defeated Lana in a one on one match where there were no Rusev and Bobby Lashley outside the ring. Edge return's at WWE Royal Rumble 2020 was indeed epic, however we also saw MVP make a come back. Unfortunately, he did not get a good start at Raw this week as he got defeated by Rey Mysterio.  The winner of the women's Royal Rumble match Charlotte Flair defeated Asuka in a one on one match.

Edge's Condition After Being Attacked by Randy Orton

Liv Morgan At Her Best

Seth Rollins And Buddy Murphy Walks Out as Champions

Drew McIntyre After Victory Over The O.C.

Thanks for comin', O.C.@DMcIntyreWWE just picked up another victory on the Road to #WrestleMania! pic.twitter.com/97O7Jpvst7

Watch out for the 🌪, @DMcIntyreWWE!#WWEChampion @BrockLesnar is officially on the Road to #WrestleMania, too. #RAW pic.twitter.com/UJBal6Vb1N

The road map for WrestleMania 36 has definitely been laid down and we can expect a lot more twist and turn in the way. However, fans are assured of full-fledged entertainment in the coming days. Stay tuned with LatestLY for more updates and news from WWE.