Apple is reportedly planning a special event for November 17 to launch its ARM chip-powered Mac desktops. According to tipster Jon Prosser, the iPhone maker will host an ARM Mac event next month, wherein it would launch its ARM-powered Mac computers replacing Intel processors. 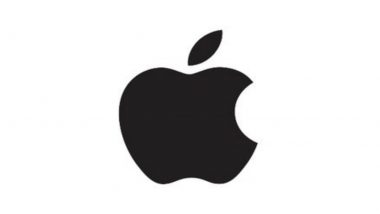 "To confirm, there is a November ARM Mac event. I'm hearing November 17. You should see this confirmed with an announcement on Tuesday, November 10," Prosser said in a tweet.

At the WWDC 2020 conference in June, Apple had announced it will be transitioning from the Intel chips that currently power all of its Mac machines to Apple Silicon. Like x86 processors from Intel or AMD, ARM designs are usually associated with mobile devices because of their greater power efficiency, giving products like the iPad long battery life without the need for active cooling.

By switching to ARM-based chipsets and not relying on Intel for processors, Apple could save as much as 40-60 per cent, according to media reports. The new processors are likely to add more hardware differentiation to the Mac machines over Windows PCs. This would help Apple keep prices down, especially for their lower-end laptop offerings. Additionally, Apple would start relying upon the USB4 standard that is aimed to unify USB Type-C and Thunderbolt protocols to deliver new computing experiences with faster data transfer speeds.

(The above story first appeared on LatestLY on Oct 19, 2020 02:26 PM IST. For more news and updates on politics, world, sports, entertainment and lifestyle, log on to our website latestly.com).