The famous Black Friday sales last week saw online shopping dip to $8.9 billion this year, falling short of $9 billion that was spent by online consumers last year, and the ongoing chip shortage is one of the key reasons behind this. 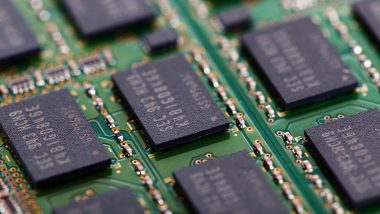 According to Adobe Analytics, out-of-stock messages have increased by 124 per cent since January last year, making it harder for shoppers to get the products they want, as the world faces acute component shortage and supply chain issues.

Appliances and electronics were affected the most by the chip shortage. According to a holiday shopping report by Adobe Analytics, the downward trend might've been caused by an uptick in early spending, as some stores started sales and promotions as early as October.

"For the first time ever, Black Friday saw a reversal of the growth trend of past years," according to Vivek Pandya, the lead analyst at Adobe Digital Insights. "Shoppers are being strategic in their gift shopping, buying much earlier in the season and being flexible about when they shop to make sure they get the best deals," he added.

When shoppers did make online purchases during Black Friday, Adobe found that 44.4 per cent of those sales were made from a smartphone, a 10.6 per cent increase from the last year, reports The Verge. Among the most popular tech products sold on Black Friday were the Nintendo Switch and Meta (formerly Oculus) Quest 2.

(The above story first appeared on LatestLY on Nov 29, 2021 09:46 AM IST. For more news and updates on politics, world, sports, entertainment and lifestyle, log on to our website latestly.com).