ByteDance Not Selling TikTok’s US Operations to Oracle: Report

ByteDance will neither sell TikTok's US operations to Oracle nor give the source code to any US buyer in that country. Wang Wenbin, a Foreign Ministry spokesperson, criticised the US government's ruthless threats and crackdown on the Chinese business operations in the US 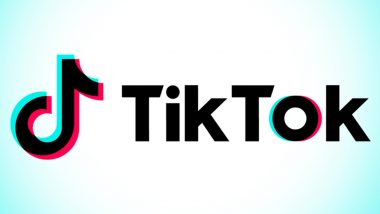 Beijing, Sep 14: State-owned Chinese media on Monday reported that ByteDance will neither sell TikTok's US operations to Oracle nor give the source code to any US buyer in that country. State-owned China Global Television Network (CGTN) said it "has learned from sources that ByteDance will also not sell TikTok's US operations to Oracle". Reacting to the report, the Foreign Ministry said that it supports Chinese businesses to protect their own rights and interests. Wang Wenbin, a Foreign Ministry spokesperson, criticised the US government's ruthless threats and crackdown on the Chinese business operations in the US, reports Global Times. TikTok Rejects Microsoft's Offer to Acquire US Operations, Oracle Reportedly Wins Bid to Become TikTok's 'Trusted Tech Partner'.

"The hunt for TikTok in the US is a typical example of the government extortion. China firmly opposes this act and will firmly support the relevant company to protect its own legal rights and interests," Wang said at a routine press conference in Beijing.

On Sunday, the New York Times and other US media outlets reported that Bytedance, the Chinese owner of TikTok, has chosen Cloud major Oracle over Microsoft to run its US operations as a 'trusted tech partner'.

Microsoft said in a statement that its bid for TikTok operations in the US was rejected.

"ByteDance let us know today they would not be selling TikTok's US operations to Microsoft. We are confident our proposal would have been good for TikTok's users, while protecting national security interests," Microsoft said.

"We would have made significant changes to ensure the service met the highest standards for security, privacy, online safety, and combating disinformation, and we made these principles clear in our August statement," the tech giant added.

According to the NYT, it was unclear whether TikTok's choice of Oracle as a technology partner would mean that "Oracle would also take a majority ownership stake of the social media app".

This is different from an outright sale and appears to suggest Oracle will help run TikTok's US operations with its Cloud technologies.

US President Donald Trump had signed executive orders that threaten to ban TikTok in the US market unless the Chinese company finds a US buyer before September 20. Trump has also threatened to ban TikTok if a deal is not reached as soon as September 15.

The business sales talk of TikTok in the US hit roadblock after China updated the technology export rules. The update covers Artificial Intelligence (AI) technologies used by ByteDance.

China in August updated the list of technologies that are subject to export bans. The new list, released jointly by China's Ministry of Commerce and the Ministry of Science and Technology, added 23 items to export restrictions while technical parameters of 21 items were revised.

The new update in the export rules cover restrictions on technologies such as text analysis, content recommendation and voice-recognition. The technologies on the list cannot be exported without approval from the authorities in China.

ByteDance had said "the company will strictly abide" by the new export rules imposed by China.

(The above story first appeared on LatestLY on Sep 14, 2020 04:46 PM IST. For more news and updates on politics, world, sports, entertainment and lifestyle, log on to our website latestly.com).