The whistleblower complaint also criticised the social network "for not being aggressive enough in addressing evidence that the platform was being used by military officials in Myanmar to spread hate speech during mass killings of the minority Rohingya ethnic group". 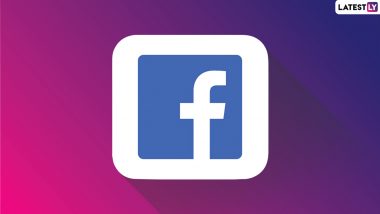 San Francisco, October 23: In what could spell fresh trouble for Facebook, a new whistleblower has alleged that the social network puts profits before efforts to fight hate speech and misinformation on its platform.

A former member of Facebook's Integrity team has alleged that "the company prizes growth and profits over combating hate speech, misinformation and other threats to the public", reports The Washington Post.

According to a copy of the affidavit obtained by The Post, the allegations echoed many of those made by the first whistleblower Frances Haugen. "Haugen, like the new whistleblower, also made allegations to the Securities and Exchange Commission (SEC), which oversees publicly traded companies," the report said on Friday. The new whistleblower has alleged in the complaint that Facebook did not warn investors about illegal activity.

In a statement, Facebook spokesperson Erin McPike said: "This is beneath the Washington Post, which during the last five years competed ferociously with the New York Times over the number of corroborating sources its reporters could find for single anecdotes in deeply reported, intricate stories. It sets a dangerous precedent to hang an entire story on a single source making a wide range of claims without any apparent corroboration." WhatsApp, Facebook Monetise Users' Information, Not Legally Entitled to Privacy Protection Claim, Centre Tells Delhi High Court.

The whistleblower complaint also criticised the social network "for not being aggressive enough in addressing evidence that the platform was being used by military officials in Myanmar to spread hate speech during mass killings of the minority Rohingya ethnic group".

"I, working for Facebook, had been a party to genocide," the whistleblower wrote in the affidavit. Earlier this month, Haugen, a former product manager in Facebook's civic integrity group, testified before the US Congress about a trove of internal documents she gave to The Wall Street Journal.

One of her main arguments was that Facebook's business of selling ads based on engagement leads it to keep users on the service at all costs, even when it knows that the content they are engaging with is harmful.

Senator Richard Blumenthal (D-CT), chair of the Senate Commerce Committee's subcommittee on consumer protection, has demanded that Facebook CEO Mark Zuckerberg or Instagram chief Adam Mosseri should testify before the Senate to explain how the company plans to protect kids in light of new reports that platforms like Instagram can encourage harmful behaviour in teenagers.

(The above story first appeared on LatestLY on Oct 23, 2021 11:42 AM IST. For more news and updates on politics, world, sports, entertainment and lifestyle, log on to our website latestly.com).