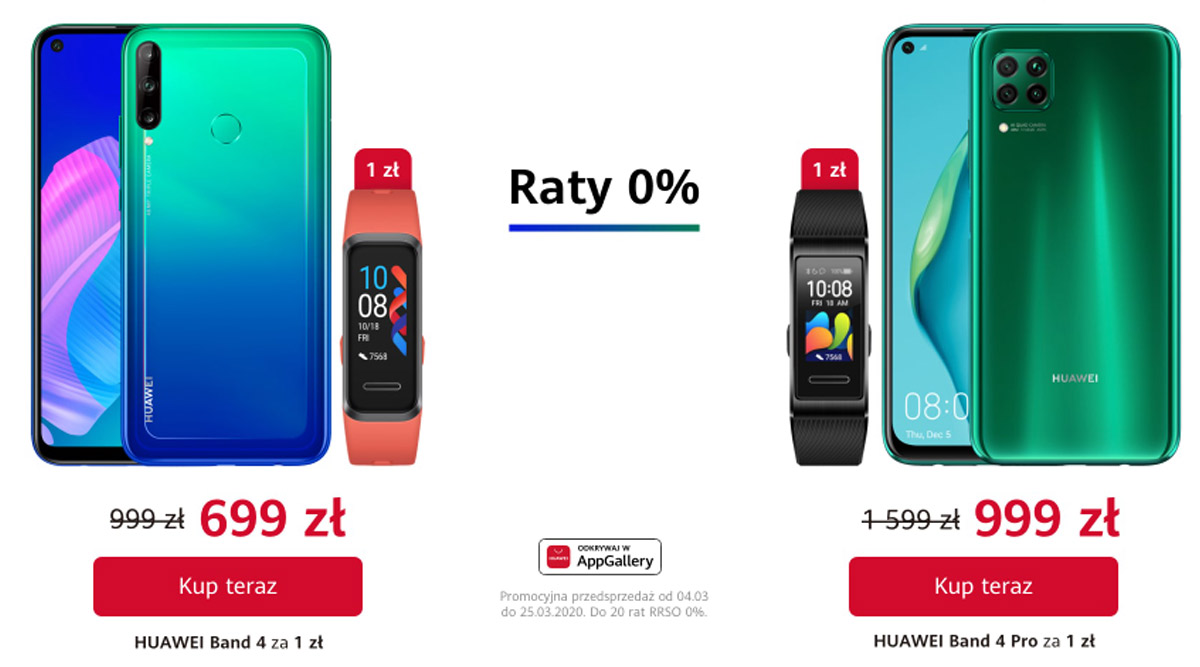 Beijing, March 5: Huawei's Y7p which was unveiled in Thailand as an entry-level phone with a 48MP primary camera has now made way into Europe as the Huawei P40 Lite E. It is available right now on Huawei's Polish site and costs PLN 700 -- a temporary discount from PLN 1,168 (163 euros, down from 272 euros). This is for a phone with 4GB of RAM and 64GB storage. Also, you're getting a free Huawei Band 4, GSMArena reported on Wednesday. Huawei Mate Xs 5G Foldable Phone With Kirin 990 SoC Launched in Spain.

Instead of the Google Play Store and Google apps, the phone comes with Huawei's own AppGallery. In case you didn't pay attention to the Y7p, here's a quick rundown of the specs. The Huawei P40 Lite E features a 6.39" IPS LCD with 720p+ resolution. There's an 8MP punch hole selfie camera on the upper left.

On the back, there's a triple camera with a 48MP main module (f/1.8 aperture), plus an 8MP ultra wide-angle camera and a 2MP depth sensor. There's a fingerprint reader, the report added.