Lenovo Legion 3 Pro To Be Powered by Snapdragon 898 SoC: Report

The General Manager of Lenovo's smartphone business in China, Chen Jin, in a Weibo post disclosed that the Legion 3 Pro, a future gaming flagship phone, will come with the Snapdragon 898 chipset (SM8450). 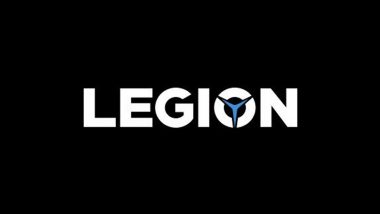 The chipset will come with a significantly upgraded performance. Jin also claimed that the flagship phone will feature industry-leading fine-tuned performance. Meanwhile, the company is expected to launch the flagship-grade gaming smartphone in India called the Lenovo Legion 2 Pro. The handset is already launched in the global market.

The smartphone features a 6.92-inch AMOLED FHD+ display with a refresh rate of 144Hz and also supported HDR10+. Under the hood, the smartphone is powered by the Snapdragon 888 5G chipset coupled with 12-18GB RAM and 128/256/512GB of onboard storage variants.

In terms of optics, the device features a dual-camera rear with the combination of a 64MP primary camera sensor and a 16MP ultra-wide-angle lens along with an LED flash. The phone also houses a 44MP camera sensor for selfies. The Lenovo Legion 2 Pro also comes with a massive 5,500mAh battery which comes with support for 65W fast charging support.

(The above story first appeared on LatestLY on Aug 27, 2021 09:21 AM IST. For more news and updates on politics, world, sports, entertainment and lifestyle, log on to our website latestly.com).