More people prefer iPhone 8 over iPhone X in the US: Report

More and more people are buying iPhone 8 and iPhone 8 Plus than the "super premium" iPhone X in the US, a new survey has revealed. 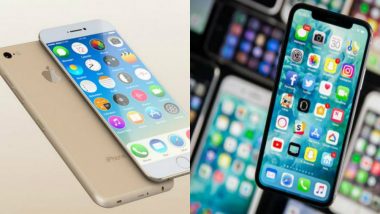 San Francisco, April 25:  More and more people are buying iPhone 8 and iPhone 8 Plus than the "super premium" iPhone X in the US, a new survey has revealed.

According to the research group Consumer Intelligence Research Partners (CIRP), iPhone 8 made up 23 per cent of iPhone sales in the first quarter of 2018 and iPhone 8 Plus registered 21 per cent.

"The iPhone X trailed at 16 per cent, down from 20 per cent the previous quarter," CNET reported on Tuesday, citing the survey's findings.

The survey also showed a trend among respondents toward buying past years' iPhones.

"During the same months of 2017, the brand new iPhone 7 and iPhone 7 Plus accounted for nearly 70 per cent of iPhone sales. This year, a lot more people are buying iPhones from one, two and even three years ago," the report noted.

Apple will announce its next quarterly earnings report on May 1.

In March, a top analyst with asset management firm Piper Jaffray said that unlike what Apple had expected, the response to iPhone X has been lukewarm as many existing users believe that the device is too expensive.

"According to Apple news site PED3.0, Michael Olson, a senior researcher with Piper Jaffray found that 44 per cent people who didn't upgrade said that they baulked at the idea because their current 'iPhone works fine'," Fortune reported.

More than a third of the respondents said that the iPhone X, which starts at $999, is too expensive.

"And eight per cent said they would have upgraded if the new phone had a larger screen," the report added.

Ming-Chi Kuo, an analyst with KGI Securities, said in March that the Cupertino-headquartered company would cease production of iPhone X mid-year.

Apple is reportedly gearing up to introduce three new iPhones in 2018 and one of them will be more popular than the others, according to Kuo.

(The above story first appeared on LatestLY on Apr 25, 2018 10:58 AM IST. For more news and updates on politics, world, sports, entertainment and lifestyle, log on to our website latestly.com).