Here is a story of a person who not only defined his own path and also showed others how to achieve success even with limited resources. This is the story of Neeraj Kashyap’s failures and his successful journey who is now the king of Digital Marketing. 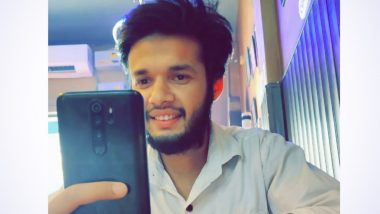 Here is a story of a person who not only defined his own path and also showed others how to achieve success even with limited resources.  This is the story of Neeraj Kashyap’s failures and his successful journey who is now the king of Digital Marketing.

How Neeraj Kashyap stared his carrier?

Neeraj was not an average guy as his dreams and aspirations were big. Neeraj always loved to play cricket and used to do modelling but due to unavoidable circumstances he had to give up these dreams. Neeraj had always dreamt of opening something of his own and started searching for new ideas and gather information. What inspired during his research is that, a slight change in particular search term can totally change the ranking in the first page of Google and from there he got the idea of SEO and Digital Marketing. Neeraj thinks that his passion for Digital marketing comes from the fact that, he does not have to do his work like office based jobs which has 9 to 6 timing. Al he needed was a high speed internet connection and a laptop. He was able to work from his mobile phones even and thus he can work from anywhere in the planet with good internet connectivity. You can take unlimited vacation or yu can work for 20 hours a day it totally up to you says Neeraj.

Neeraj was quite excited to apply his knowledge and research into something and thus he created his first blog where he did extensive SEO which landed him a huge chunk of money from Adsense Ad Platform. Neeraj also tried for some jobs in the Digital Marketing Niche and has applied for 20 Job post regarding Digital Marketing but only to get rejected. He had faced many rejections and was quite depressed but he never gave up and started building his own setup. He started building his own army for his Digital marketing Start-up and now he has more than 50+ employees working under him dedicatedly. He is now considered as one of the best Digital Marketing Expert across India. He says “If you don’t face Rejection in life then you will never get a taste of success”.

Neeraj Kashyap does not have many friends but the friends he has got are gem and two of them have some major contribution towards building his start-up. Bhupesh gaur, one of the Two friends started building audience for his pages and Ashish Antil, one of his other friend also had some major contribution which includes handling the whole team till date.

Neeraj Kashyap is the CEO and Owner of Infinite Peak Digital Services Pvt Limited. His company is a registered company and practices Digital marketing all over India. His company has a huge turnover and is gradually increasing exponentially. Neeraj Advises to the next generation that they should not take much work stress and should start setting up own company as this is one source of income where you don’t have a fix income and you can earn 3 times more than you are earning now. There is no Boss in this type of business and you are our own boss. You don’t have to be scared of loss of pay or losing your job due to pandemic like COVID-19. Although he says everyone has a personal preference and earning from working for someone is also good until it gives peace of mind to the individual.