Netflix has launched a new feature "Play Something" for its Android users that will make it easier to find something to watch when a user can't make a decision. 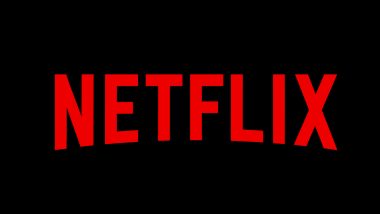 San Francisco: Netflix has launched a new feature "Play Something" for its Android users that will make it easier to find something to watch when a user can't make a decision. Currently, iOS users won't be able to use the new shuffle feature. But Netflix announced that it will start testing Play Something on iOS in the coming months. Netflix Rolls Out Support for UPI AutoPay Feature in India.

"Sometimes you just want to open Netflix and dive right into a new story. That's why we've created Play Something, an exciting new way to kick back and watch. When you hit the 'Play Something' button, you'll be instantly met with a series or film we know you'll love based on what you've watched before," the company said in a statement.

Netflix also launched its Fast Laughs feature, which rolled out on iOS earlier this year, on Android mobile. Fast Laughs is a TikTok-style feature that shows clips from various comedies found on the platform. On Android, Fast Laughs will be accessible from the bottom navigation bar with a dedicated tab.

Netflix recently announced the acquisition of video game creator Night School Studio, marking the first purchase of a gaming studio for the streaming giant. Along with the acquisition, the company has also rolled out five mobile gaming titles in select European markets. Night School Studio is best known for its debut game, Oxenfree, a supernatural teen thriller with an eerie soundtrack.

(The above story first appeared on LatestLY on Oct 05, 2021 10:09 AM IST. For more news and updates on politics, world, sports, entertainment and lifestyle, log on to our website latestly.com).