Presently immersed in the digital asset sphere, he has managed to turn his fortunes to towering heights. 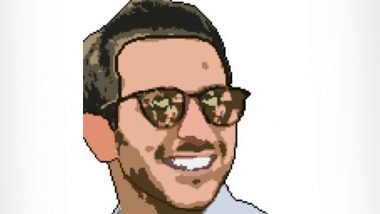 Presently immersed in the digital asset sphere, he has managed to turn his fortunes to towering heights.

A couple of years back, we had no inkling that the digital industry would gain such influence, especially the DeFi word which has been growing at an exponential rate since the time it stepped in. Today, several professionals are getting drawn towards this industry as many believe it holds the key to the future. A majority of the world's population who are interested in the digital asset space have been placing their bets on it as they are confident of its future growth. The constant flow of cryptocurrencies and NFT projects has taken the industry to the next level where the future of the financial industry is clearly seen. Owing to its bright future, many individuals have stepped into this zone and made it big. Out of the many such names, we have one name who has done outstandingly well as an entrepreneur specializing in this sphere, he is Omaz, popularly known as @OmazMr on social media.

Omaz hails from Portugal and has also set his base in Singapore, from where he operates his numerous businesses. He says that after he realized the kind of potential the crypto and NFT space carried, he started dwelling deep into that space, which he says was the wisest decision of his life as this has taken his entrepreneurial journey to the next level. He is a successful business entrepreneur who is known to identify intrinsic potential in business opportunities and transform those into commercial success, and his list of successful ventures are enough proof of this. Talking about his foray into the digital asset space, he says, "sensing the growth potential of cryptocurrencies and NFTs, I started investing in them consistently, at the same time learning about its workings in depth which helped me build a strong portfolio which has given exceptional results till date."

Omaz shares his successful investment strategies on his social media @OmazMr. He is one young entrepreneur who is passionate about making a drastic change in the world of entrepreneurship with his ability to bring the advantages of investing in cryptocurrencies and NFTs in front of a global audience.