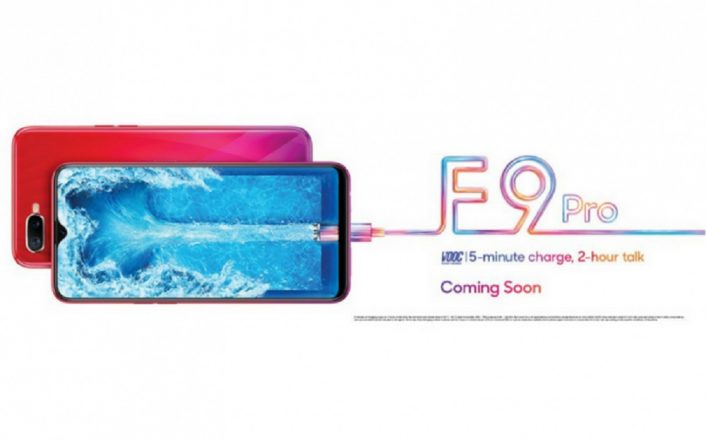 After launching Find X flagship product in India, Oppo is gearing up to launch new smartphones in the market. To be called as Oppo F9 and Oppo F9 Pro, the company officially teased the latter smartphone on its official Twitter account. However, the company has not revealed any details about the former. The Oppo F9 Pro teaser gave clear hints about the arrival of the device in India. However, the company didn't reveal any official date yet, but we can speculate the launch to happen soon. Fortnite Game Could Be Launched Alongside Samsung Galaxy Note 9 Smartphone on August 9.

Get ready to welcome the OPPO F9 with new waterdrop screen, a breaking new vision experience for you! #OPPOF9 #WaterdropScreen pic.twitter.com/4qn9UAjmet

The smartphone is teased with a caption "Explore a brand new vision", which portrays smartphone's outline with a small notch in the middle that company is calling as water drop screen. The small notch on the display reminds about the one seen on Essential Phone back in the days. The teaser also hints that the device will also be water resistant as the device can be seen in underwater environment. Honor 9N Smartphone Fash Sale Tomorrow Exclusively on Flipkart, Offering Jio Cashbacks, Data & Myntra Vouchers.

The company also teased the Oppo F9 on its Twitter handle for the Southeast Asian market. However, the smartphone maker has not revealed the launch date yet. Talking about the device, it is expected to sport a 5.5-inch QHD dual edge AMOLED display with a resolution of 2560×1440 pixels. The smartphone is also expected to get a 21MP rear camera, which could be paired with SmartSensor image stabilization technology. Moreover, the handset is also expected to be packed with a 16MP selfie shooter upfront.