Last week, the Reno8 smartphone was spotted on the Geekbench website. Now, the key specifications of the Reno8 SE model have been tipped online by a tipster. 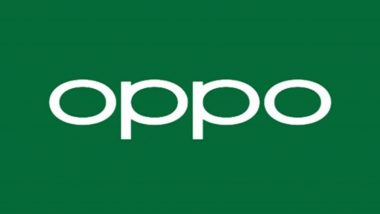 Oppo Reno8 SE is rumoured to sport a 6.43-inch FHD+ 90Hz display. It is said to be powered by a MediaTek Dimensity 1300 SoC paired with up to 8GB of RAM and up to 256GB of internal storage. For clicking photographs, the Reno8 SE will come equipped with a 50MP primary lens, an 8MP ultra-wide-angle lens and a 2MP snapper. Upfront, there could be a 32MP Sony IMX709 sensor for selfies and video calls.

The Reno 8 SE is speculated to pack a 4,500mAh battery with 80W fast charging support. Moreover, the smartphone might come with a 3.5mm audio jack, stereo speakers and is likely to run on Android 12 OS. Apart from this, nothing more is known. We expect Oppo to start teasing the Reno8 Series models before its official launch.

(The above story first appeared on LatestLY on May 11, 2022 03:47 PM IST. For more news and updates on politics, world, sports, entertainment and lifestyle, log on to our website latestly.com).