Realme X50 5G Smartphone To Be Launched on January 7; To Be Powered By Qualcomm Snapdragon 765G SoC 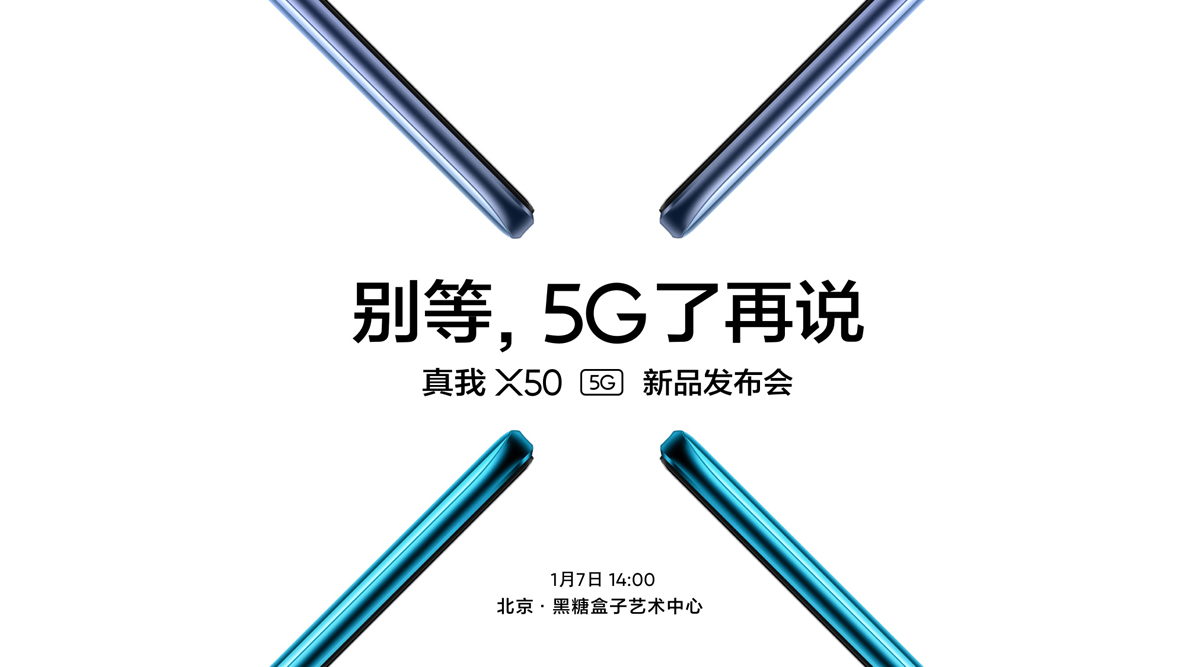 The smartphone will support simultaneous 5G and Wi-Fi connections and will come with an enhanced VOOC 4.0 fast charging that will juice up the phone's battery from flat to 70 per cent in 30 minutes.

According to rumors, the phone will be equipped with a 6.44-inch AMOLED display. It could be coming with Sony IMX686 60MP+8MP+2MP+2MP quad rear cameras and 32MP+ 8MP dual front facing cameras. The device will come with a five-dimensional ice-cooled heat dissipation system that offers 100 per cent coverage of heating sources.