The International Day of Human Space Flight or Cosmonautics Day is celebrated on April 12. Today marks the 59 years when humans entered space. Lets look at five instances on why Russia's love of space exploration has never seen a decline in enthusiasm. 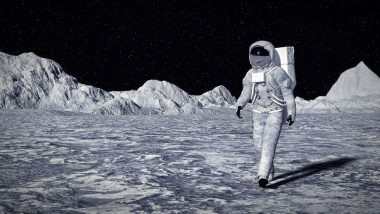 The International Day of Human Space Flight or Cosmonautics Day is celebrated on April 12. Considered to be one of the most important day for all space enthusiasts, scientists, astronomy researchers, Cosmonautics Day is valued as the day when a Soviet citizen -- Yuri Gagarin -- carried out the first human space flight on April 12, 1961. Today marks the 59 years when humans entered space.

Declared as the International Day of Human Space Flight on April 12, 2011, Cosmonautics Day is dedicated to the remarkable achievement of Russian cosmonaut Gagarin, who cricled the Earth for 1 hour and 48 minutes aboard the Vostok 1 spacecraft. Boeing's New Space Capsule Called Starliner To Be Launched Soon To The International Space Station For NASA.

Lets look at five instances on why Russia's love of space exploration has never seen a decline in enthusiasm.

1) Prior to World War-II Era: Though the theory of space exploration had solid basis in the Russian Empire before the First World War, the Russians managed to work out their plan only on August 18, 1933, when GIRD launched the first Soviet liquid-fueled rocket Gird-09. Following this, first hybrid-fueled rocket GIRD-X was launched on November 25, 1933 and the journey of space exploration began for Russians.

2) German Connections Post WW-II Era: The Russian space exploration is very much connected with German scientists. Due to their German-Russian engineer Friedrich Zander's connection, Russians were able to launch serial production of the Katyusha multiple rocket launcher between 1940-41. But after the WW-II, many of their leading engineers were either killed or were imprisoned in the Gulag. However, Russians managed to capture German manufacturing tools obtained from the V-2 production sites Mittelwerk in Eastern Germany.

Post 1946, the Soviet, along with few Germans scientists in the Soviet rocketry program, formed OKB-1 design bureau, which was dedicated to the liquid-fueled cryogenic rockets. This resulted in the design of the R-7 Semyorka intercontinental ballistic missile (ICBM) and successful test in August 1957. The main idea behind this project was of Dmitry Ustinov and Sergei Korolev.

3) Soviet Space Program Tied to 5-Year Plan: With the beginning of the Cold War era -- between USA and USSR, space program was tied to the USSR's Five-Year Plans and had the full support from the Soviet military. Russians even tested first atomic bomb in 1949 and in 1951, launched a rocket with animals aboard.

4) Space Exploration: Call it international competition, or seach for excellence, Soviet scientists were able to launch several rockets under Sputniks (1957 and 1961) and Vostoks between (1961 and 1964). Following this, they moved to Soyuz craft and N-1 heavy booster that might lead them to crewed exploration of the Moon. After much efforts, Russia won the first round of the space race when they launched the first man to orbit the Earth, Yuri Gagarin, in 1961.

5) Secret Missions: Despite being so enthusiatic about space explorations, Russians had always maintained a program secrecy. They believed it would serve them as both a tool to prevent the leaking of classified information between countries, and create a mysterious barrier between the space program and the Soviet populace. From 1957 to 1988, USSR's space mission had multiple achievements, however, most of them were not publicised as part of the propaganda.

(The above story first appeared on LatestLY on Apr 12, 2020 09:00 AM IST. For more news and updates on politics, world, sports, entertainment and lifestyle, log on to our website latestly.com).