After admitting a data breach affecting its users, leading stock brokerage firm Upstox has said that the financial data of its users is completely safe. The company said it has upgraded the security systems, based on the recommendations of a global cyber-security firm. 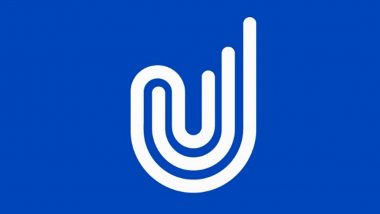 New Delhi: After admitting a data breach affecting its users, leading stock brokerage firm Upstox has said that the financial data of its users is completely safe. Claiming that the funds and securities are protected and remain safe, the Tiger Global-backed company said it it has upgraded the security systems, based on the recommendations of a global cyber-security firm. IPL 2021: BCCI Announces Upstox As Official Partner for Indian Premier League.

"We brought in the expertise of this globally renowned firm after we received emails claiming unauthorised access into our database. These claims suggested that some contact data and KYC details may have been compromised from third-party data-warehouse systems," the company said in an earlier statement on Sunday. "As a matter of abundant caution, we have also initiated a secure password reset via OTP," the company added.

According to Sonit Jain, CEO of GajShield Infotech, in a rush to scale their business, many a times, enterprises do not focus on data security. "Being aware of where customer data is located and protecting it, is a must for every organisation, however big or small they maybe. Data security should not be a one-time effort, enterprises need to have a real time visibility to their threat surface and data flows," Jain said

According to independent security researcher Rajshekhar Rajaharia, this might be the work of Shiny Hunters involved in couple of hacking of Indian firms. The breached database includes bank account details, mobile numbers, pictures of users' signature, Aadhaar, PAN and passport etc, he claimed. According to Rajaharia, the Upstox dataset includes data of 2.8 million users, including 56 million KYC files. Ravi Kumar, Co-founder and CEO of Upstox, said the company takes security and privacy very seriously. "While we have already reported this incident to the relevant authorities, we deeply regret any inconvenience this may have caused you," Kumar said.

(The above story first appeared on LatestLY on Apr 12, 2021 04:07 PM IST. For more news and updates on politics, world, sports, entertainment and lifestyle, log on to our website latestly.com).