Nikhil Gandhi, the India Head of China's ByteDance-owned short video-sharing platform TikTok, has decided to quit and is currently serving his notice period. 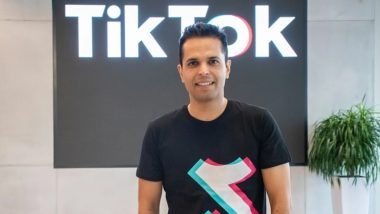 "After much reflection on my time here at ByteDance and looking at my future goals, I have made the difficult decision to leave my role in the company," Gandhi was quoted as saying by IWMBuzz. "Working with TikTok, I have seen our app shepherd in a new era of connection, communication and cultural appreciation," he added.

TikTok roped in Gandhi in the year 2019 as its India head to drive the next phase of growth for the Chinese short video-sharing platform. However, in 2020, the Indian government said it was banning 59 apps developed by Chinese firms, including TikTok, over concerns that these apps were engaging in activities that threatened the national security and defence of India.

Based out of Mumbai, Gandhi has worked with Times Network. Before that, he was at The Walt Disney Company for nine years. He also worked with UTV Global Broadcasting and Viacom Media Networks as well. In a career spanning over 20 years, Gandhi has held leadership positions at leading media and entertainment companies.

(The above story first appeared on LatestLY on May 13, 2021 09:55 AM IST. For more news and updates on politics, world, sports, entertainment and lifestyle, log on to our website latestly.com).