Global technology brand Xiaomi on Wednesday said that it is fully cooperating with the relevant law enforcement authorities in India. 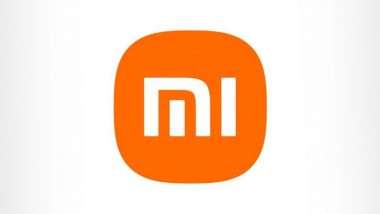 New Delhi: Global technology brand Xiaomi on Wednesday said that it is fully cooperating with the relevant law enforcement authorities in India, as reports surfaced that the company is being questioned by the Enforcement Directorate (ED) for alleged violation of foreign exchange laws. In a statement shared with IANS, Xiaomi said it is a law-abiding and responsible company. Xiaomi 12 Pro 5G India Launch Set for April 27, 2022.

"We give paramount importance to the laws of the land. We are fully compliant with all the regulations and are confident of the same. We are cooperating with authorities with their ongoing investigation to ensure they have all the requisite information," the company spokesperson said.

Reports earlier alleged that Xiaomi's former India Managing Director Manu Kumar Jain has been summoned by ED to record his statement in an ongoing probe related to alleged violation of foreign exchange laws.

According to sources, ED aims to ensure whether the company's business practices conformed with Indian foreign exchange laws or not. Some other Chinese technology companies are also under the law enforcement agencies' radar in India over alleged tax evasion.

The Income Tax department in February carried out raids at multiple premises linked to tech conglomerate Huawei across the country in connection with alleged tax evasion. The company had said its operations in India are firmly compliant to all laws and regulations. Multiple tax raids were carried out at the premises of Chinese smartphone makers in the country in January.

(The above story first appeared on LatestLY on Apr 13, 2022 01:01 PM IST. For more news and updates on politics, world, sports, entertainment and lifestyle, log on to our website latestly.com).