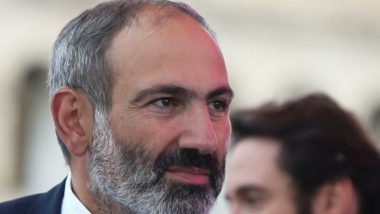 Announcing the martial law, Nikol Pashinyan said, as quoted by Armen Press, "Dear countrymen, At the decision of the government, martial law and general mobilization is being declared in the Republic of Armenia. The decision is effective after publication. I call on the personnel attached to the troops to present themselves to their district commissariats. For the fatherland, for victory."

It is to be known that Azerbaijani military forces had launched a massive attack on Artsakh using air force, missiles and tanks on the early morning of September 27. The Armen News reported that the Azerbaijani artillery strikes targeted civilian settlements, including Stepanakert city, which resulted in several civilians being killed. The tanks also bombed schools in Armenia.

Both Armenia and Azerbaijan are fighting over the disputed territory of Nagorno-Karabakh, which though internationally recognised as part of Azerbaijan, but however, is controlled by ethnic Armenians. Both the countries have been stuck for the last four decades over the issue since the collapse of the Soviet Union. Meanwhile, Russia's Foreign Ministry had called for an immediate ceasefire.

What is Martial Law?

Martial law is the imposition of direct military control of normal civil functions by the ruling dispensation of the state. It is imposed in response to a temporary emergency where civil forces are overwhelmed. Normally it is declared in the cases of major natural disasters but also imposed during conflicts. During this period, the suspension of civil law, civil rights, curfews, etc are imposed.

(The above story first appeared on LatestLY on Sep 27, 2020 02:39 PM IST. For more news and updates on politics, world, sports, entertainment and lifestyle, log on to our website latestly.com).