Bubonic Plague Not Considered as High Risk at The Moment, Says WHO Day After China Reports New Case 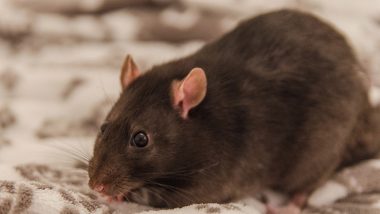 Geneva, July 7: The World Health Organisation (WHO), under criticism for its alleged inadequate response to COVID-19 outbreak in China, said it is keenly monitoring the cases of Bubonic Plague in the nation. The global health body, in the press briefing on Tuesday, said the disease is unlikely to turn into an epidemic.

According to the WHO, the Bubonic Plague cases in China should not be considered as a high risk. The statement by the Organisation comes a day after China's Inner Mongolia Autonomous region sounded a note of caution after a new case was detected. Bubonic Plague in China: What Is Bubonic Plague? What Are the Symptoms? Is Bubonic Plague and Black Death the Same? All FAQs Answered Here.

The region had, in November last year, reported four cases of Bubonic Plague, also referred to as "Black Death". The disease is transmitted through rodents and can prove to be fatal in 90 percent of the infections.

Bubonic Plague was considered to be one of the most deadly diseases in the Middle Ages, and was largely transmitted to hunters due to their close contact with forest fleas. It had claimed millions of lives in Europe between 1340s to 1350s.

As a precautionary measure, the authorities in Bayan Nur city of Inner Mongolia - where the new case was reported on Monday - has banned hunting for an interim period.

WHO spokeswoman Margaret Harris, while speaking to reporters at the United Nations headquarters in Geneva, said the its representatives are in close contact with Chinese and Mongolian health authorities.

All emerging details related to the Bubonic Plague cases are being analysed, she said. "At the moment we are not...considering it high-risk but we are watching it, monitoring it carefully," Reuters quoted her as saying.

While cases of Bubonic Plague are not completely rare in China, the disease is largely uncommon. The last major outbreak in the region was reported in 2009, when at least 12 people had lost their lives to the disease in Qinghai province on the Tibetan Plateau.

(The above story first appeared on LatestLY on Jul 07, 2020 03:59 PM IST. For more news and updates on politics, world, sports, entertainment and lifestyle, log on to our website latestly.com).