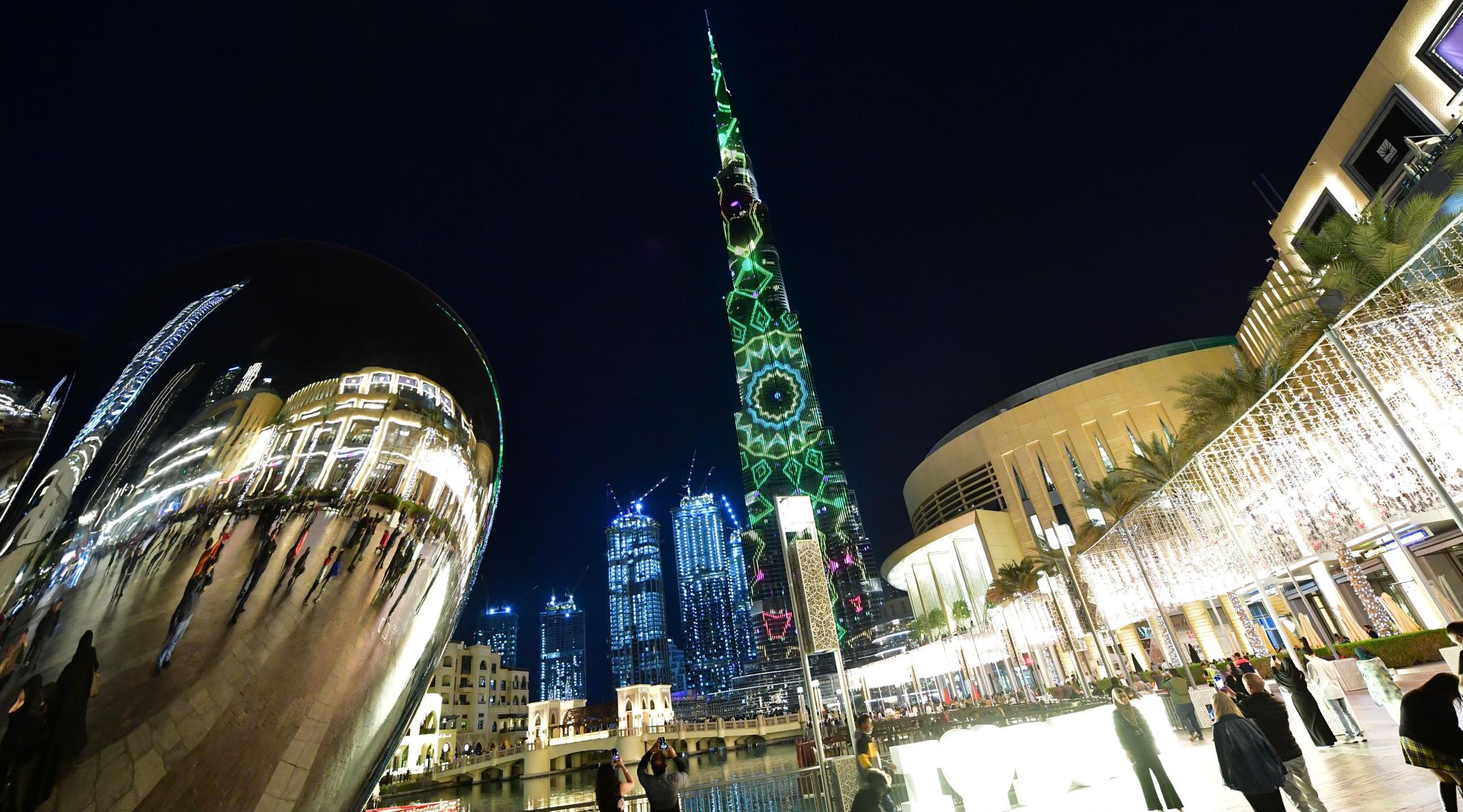 Dubai, January 15: The world's tallest tower, Burj Khalifa in Dubai, lit up Wednesday night in solidarity with Australia where devastating fires are still burning. The bushfires have consumed about 10 million hectares (100,000 square kilometres), leaving at least 28 people dead and destroying more than 2,000 homes since September.

The skyscraper, which is 828 metres (2,717 feet) high, lit up with the statement "We can all help" and the hashtag MatesHelpMates to show support for Australia. The Emirates Red Crescent is fundraising to support Australia's emergency response. Australia Bushfires Are Producing So Much Smoke That It Will Make ‘Full Circuit’ Around the Earth, Warns NASA.

The fires have dominated headlines globally, prompting an outpouring of aid for victims. Up to a billion animals may have died in the fires, which may drive some species closer to extinction, environmental groups say. Here’s How You Can Donate and Help Those Affected by Destructive Australian Wildfires.