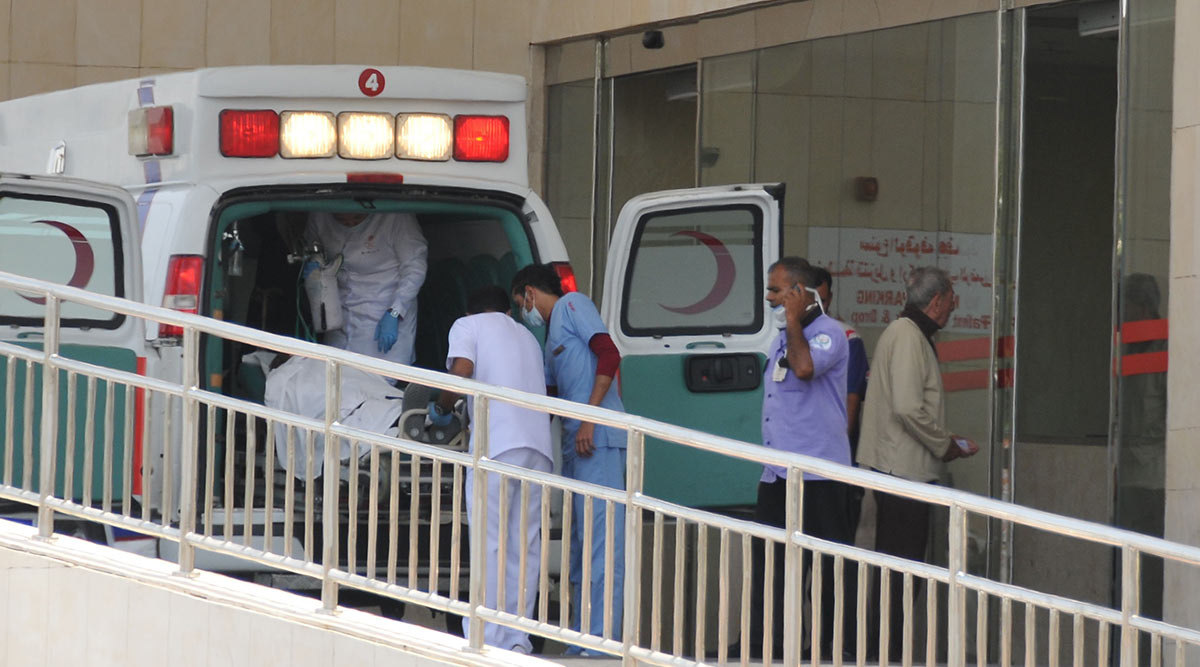 Montreal, January 27: The wife of a man hospitalized in Toronto with a suspected Chinese coronavirus infection has herself contracted the virus, making her Canada's second "presumptive" case of the contagious disease.

The province of Ontario had announced Saturday that Canada's first suspected case involved a man in his 50s who had been in Wuhan, China, the epicentre of the coronavirus epidemic. He arrived in Toronto on January 22. Coronavirus Scare: Air India Boeing 747 on Standby for Evacuation of Indians From Wuhan City in China Amid Outbreak of the Virus.

His wife, who made the same trip with him, also is believed to have contracted the virus and has been placed in isolation, David Williams, the province's state medical officer, said in a statement.

"Since arriving in Toronto with her husband, this individual has been in self-isolation," Williams said in a statement. In the initial case, the man's symptoms did not manifest when he disembarked from the plane. It wasn't until later, after he had returned home, that he called emergency services saying where he had come from.

Health authorities had him transported to a Toronto hospital and placed in isolation, Theresa Tam, head of Canada's public health agency said on Sunday.

She said passengers who sat near the patient on China Southern Airlines Flight CZ311 are being contacted. Coronavirus Outbreak: WHO Issues Heath Advisory for General Public on How to Protect Themselves From the Flu-Like Virus.

People who were more than two metres (yards) away from the infected patient have no reason to be concerned, she said. Health Minister Patty Hajdu said the national microbiology laboratory in Winnipeg should be able to confirm later Monday whether he is in fact Canada's first coronavirus case.

In China, the toll taken by the new virus has jumped to more than 80 dead, and 2,744 confirmed cases have been confirmed, including that of a nine-month-old baby, according to the latest official report.