With more than 300 billion PKR in stuck up dues, more than two dozen Chinese firms operating in Pakistan said that they will be forced to shut down their power plants this month unless payments are made upfront, the media reported. 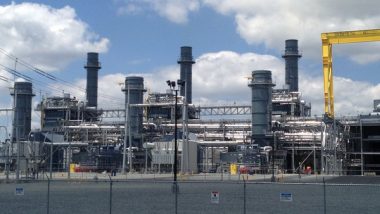 Islamabad, May 10: With more than 300 billion PKR in stuck up dues, more than two dozen Chinese firms operating in Pakistan said that they will be forced to shut down their power plants this month unless payments are made upfront, the media reported.

This revelation came at a meeting presided over by Minister for Planning and Development Ahsan Iqbal with more than 30 Chinese companies operating under the flagship multi-billion-dollar China-Pakistan Economic Corridor (CPEC) in various areas including energy, communication, railways and others, reports Dawn news. China, Pakistan Power Plant Dispute at Breaking Point over Non-payment Issue.

There were a plethora of complaints, including those relating to complex visa procedures for Chinese executives, taxation and so on, but there were also counter complaints from the Pakistani side as well, on delayed responses to their communications, informed sources told Dawn.

About 25 representatives from Chinese independent power producers (IPPs) spoke one after the other and complained about the build up of their dues and warned that without upfront payments they would shut down within days.

They said the authorities were pressuring them to maximise generation to meet peak summer needs, but "this is impossible for us in view of serious liquidity issues", the report said.

One of the coal producers reported that it was operating at half capacity due to low coal stocks, but the authorities' push to increase output could exhaust fuel stocks in a couple of days, Dawn reported.

Some of them said that while payments against power already supplied were not forthcoming and they had been financially handicapped due to Covid-19 pandemic, the tax authorities had started taxing them at higher rates.

Also, the contractual requirement of a revolving fund for automatic payment of IPPs' dues and subsequent promises by the previous government during former Prime Minister Imran Khan's visit to China also remained unfulfilled, they said.

(The above story first appeared on LatestLY on May 10, 2022 02:30 PM IST. For more news and updates on politics, world, sports, entertainment and lifestyle, log on to our website latestly.com).