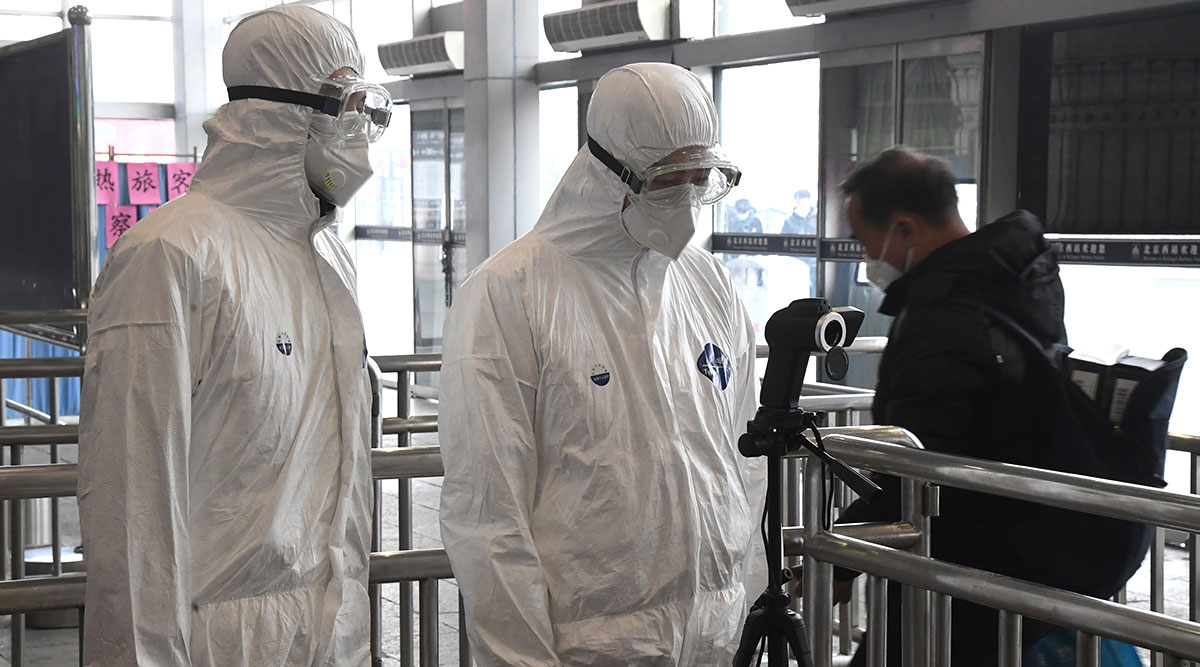 Hong Kong, February 21: Dozens of Hong Kong police officers have been placed in quarantine after attending a banquet with a colleague who later tested positive for the new coronavirus, officials said Friday.

The news prompted celebrations among some pro-democracy protesters, a vivid illustration of how deeply polarised the city has become after months of rallies and thousands of arrests last year.

The 48-year-old officer found to be carrying the virus had dinner on Tuesday with 59 colleagues, police said.

All have been classified as "close contacts" and ordered to undergo mandatory quarantine.

Protesters gathered inside a mall on Friday celebrated the news of the quarantine, with one man offering bottles of Corona beer to passersby in a wry reference to the virus.

Social media was also inundated with messages from Hong Kongers vowing to mark the occasion by drinking champagne.

Months earlier a police officer had been filmed shouting that he and his colleagues would drink champagne after the death of a student on the sidelines of a pro-democracy rally.

Friday's protest marked the seven-month anniversary of a bloody assault by club-wielding men -- some with connections to "triad" organised crime gangs -- on protesters at a train station.

Police were accused to failing to respond quickly enough to the attack, in which 40 people were hospitalised.

Officers were also filmed afterwards talking to some of the perpetrators, who were allowed to go free.

Police denied turning a blind eye and said they were busy dealing with violent pro-democracy protesters elsewhere that night.

But the incident sparked huge public anger that resonates to this day.

Hong Kong's huge pro-democracy protest movement appeared to be losing momentum at the start of the year but the COVID-19 outbreak -- which has infected 69 people and claimed two lives in the city -- has effectively ended all mass gatherings.

The protests were pushing for universal suffrage and an independent inquiry into the police. Around 7,000 people were arrested during the protests, many facing up to ten years jail on rioting charges.