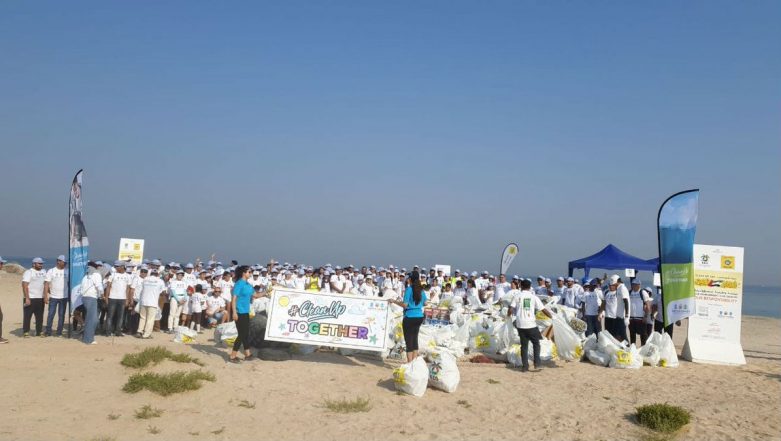 Dubai, June 11: An eight-year-old Indian expat student has collected nearly 15,000 kg of paper waste in Dubai as part of the Emirates Environmental Group's nationwide recycling campaign. The student, Nia Tony, was honoured during the 22nd edition of the Emirates Recycling Awards in Dubai on Monday, reports the Khaleej Times.

The eco-friendly drive had three categories - corporations, academic institutions and individuals/families - and the materials that were collected included paper, plastic, glass, cans, mobiles, among other items. Tony won the paper section in the individual category for her efforts in collecting a total of 14,914 kg of paper waste.

Emirates Environmental Group Conducts a Clean Up in Partnership with Nestle to Celebrate the World Ocean Day 2019:

EEG conducts a Clean Up in partnership with Nestle to celebrate the World Ocean Day on the long coastal beach of Umm Al Quwain.#EEG #cleanup #nestle @nestleme pic.twitter.com/nI7bZemdpQ

"I was campaigning around my area to collect paper, so that it can be recycled. Every week, I would go out to collect newspapers, magazines, and other paper that people were throwing away or didn't want to keep.

"I think it's important for children, like myself, to start recycling and spreading awareness about the environment from an early age, so we can acquire the habit of living green as we get older," she told the Khaleej Times on Monday.