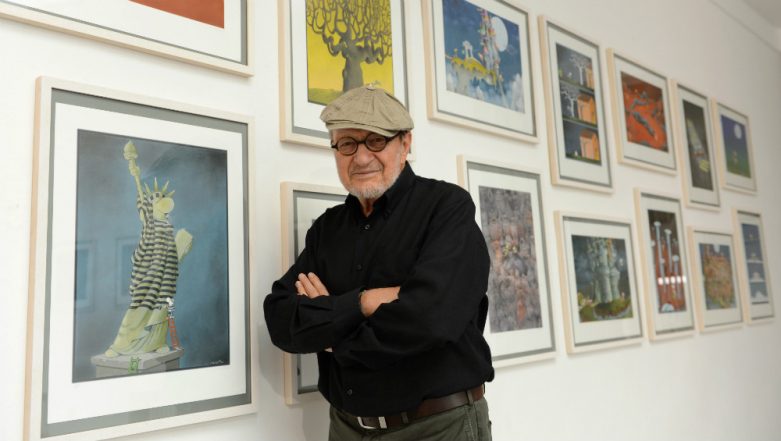 Born in Buenos Aires in 1932 to Spanish parents, Mordillo spent some time in Lima and New York before moving to Paris in 1963 where he had his breakthrough moment. He said in interviews that he was first inspired to embark on this career path when he watched Walt Disney's "Snow White" at the cinema. Anti-Trump Illustration on Border Crisis Featuring Migrant Dead Father-Daughter Goes Viral, Costs Canadian Cartoonist His Job.

"We are very sad to confirm that Mr. Mordillo died in the night from June 29 to June 30" on the island of Majorca, Adrienne Hak of Amsterdam-based Rubinstein Royalty Management which represented his works for worldwide publishing, told AFP in an email.