Indian Among Three Killed in Kabul After They kidnapped, Later Body Found in Musashi District

They were abducted early morning and their bodies were later found in Musashi district of Kabul province. 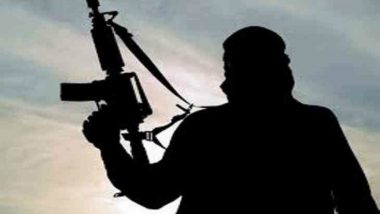 Kabul, Aug 2: An Indian national and two others were killed here on Thursday after they were kidnapped by gunmen.

All three men, including a Malaysian and Macedonian, were believed to be working for a logistics company in the Afghan capital. They were abducted early morning and their bodies were later found in Musashi district of Kabul province, TOLO News reported.

Police confirmed the incident but did not give further details. No group has claimed responsibility for the incident.

(The above story first appeared on LatestLY on Aug 02, 2018 02:17 PM IST. For more news and updates on politics, world, sports, entertainment and lifestyle, log on to our website latestly.com).